There’s no denying that Alderlake is a very expensive platform to get into considering the technological advancements that come with Intel 12th Gen, particularly PCI-E Gen 5 and DDR5.  With Alderlake being out in the market for quite a few months, Intel recently launched the rest of the 12th Gen Core series processors as well as the H670, B660, and H610 chipset motherboards to cater to the mainstream market with budget options. The ASUS ROG Strix B660-F Gaming WiFi Motherboard is one of the newest motherboards for the Alderlake platform that aims to take full advantage of the latest Intel 12th Gen Core series processors without the over the top features to keep the overall price low.

The new B660 Chipset comes with great connectivity options in a budget-friendly package which offers more bandwidth compared to the previous generation B560 chipset. The B660 Chipset supports sixteen lanes of PCI-E Gen 5, four lanes of PCI-E Gen 4, and four DMI 4.0 lanes. Like the Z690, B660 Chipset motherboards can support either DDR5 or DDR4 memory modules. The ASUS ROG Strix B660-F  and the rest of the ROG Strix B660 models supports DDR5 memory except for the -A variant which supports DDR4. Contents of the packaging are as follows: The back of ROG Strix B660-F Gaming WiFi shows a new ROG Strix design print on the back as opposed to the usual cybertext design that found on 6-layer PCB ROG Strix Motherboards. Interestingly enough, there’s only one 8pin EPS 12V and one 4pin EPS 12V connectors for the ROG Strix B660-F Gaming WiFi as most B660 motherboards, even DDR4 models that we have in the lab have two 8pin EPS 12V M.2 covers on the ROG Strix B660-F also act as a heatsink for M.2 SSDs. The top M.2 heatsink has the most cooling area as the second ASUS brought some quality of life improvements in its mid tier B660 chipset with the most notable feature being the Q-Latch SSD lock for its M.2 slots. Q-Latch has been around since the ROG Strix Z490 line and its nice to see the feature being spread out across budget friendly motherboards.

We use CapFrameX 1.6.6 as our primary FPS capture and analysis tool for all our gaming benchmarks. The latest build version of Windows 11 and WHQL certified drivers are used for our benchmarks. Readings such as temperatures and power draw are recorded using HWINFO64, and other relevant software for cross-checking. 3DMark is the go-to benchmark for gamers because of the ability to share and compare results online. We tested the Intel Core i9 12900K and MSI MAG B660M Mortar WIFI DDR4 both in Fire Strike and Time Spy to get a good gauge of DX 11 and DX 12 API performance.

ASUS has been consitent with the overall uniformity of its motherboards regardless of series. The UEFI BIOS on the ROG Strix B660-F shares the same UI and layout as the previous ROG Strix motherboards as well as the higher end ROG Strix Z690 line. The only difference is the lack of CPU overclocking options as the B660 chipset does not support overclocking even when paired with a K-series CPU. For our benchmark and review, we ran the ROG Strix B660-F at its out-of-the-box settings with XMP enabled. Its UEFI BIOS is updated to the latest version –  BIOS 1009. The ASUS ROG Strix B660-F Gaming is one of the coolest Intel 12th Gen motherboards that we’ve tested and is the coolest B660 chipset motherboard at 67°C. VRM Thermal performance is outstanding as the B660-F managed to handle the full 230W stock performance of the Intel Core i9 12900K with longer boost clocks over the MSI MAG B660M Mortar WiFi as reflected in our benchmarks. As mentioned in our previous review, the B660 Chipset is an attractive way to get users into the latest Intel Alderlake platform without having to spend that much money on a CPU, motherboard, RAM combo. While B660 Chipset itself is affordable, DDR5 variants such as the ROG Strix B660-F sit near the expensive threshold for its class. Priced at Php 14,210, ASUS ROG Strix B660-F is on the premium side as far as B660 motherboards go but offers some features that you would mostly find on Z690 chipset motherboards such as robust connectivity, better VRMs, and thermals all at half the price of these premium Z690 motherboards. So, if you’re looking for a B660-F motherboard that supports the latest DDR5 technology, has robust connectivity, and can handle flagship Intel Core i9 12900K with headroom to spare, then you can’t go wrong with this top-tier B660 motherboard. 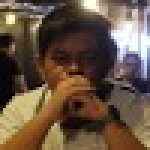 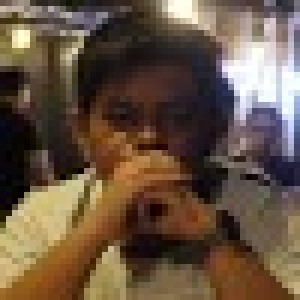