The Galaxy A8 is Samsung’s latest premium offering for the Philippine Market. Sporting a 5.6-inch Infinity Display, a seemingly capable octa-core processor, and dual-front cameras, it’s proof of the company’s shift into the selfie-centric segment. 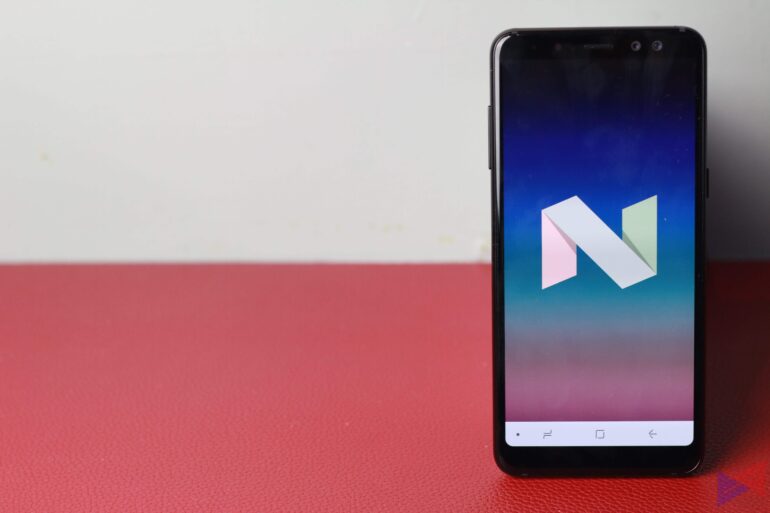 Though seemingly mid-range on paper, Samsung labels the A8 and its slightly bigger brother the A8+ as its newest premium lineup.  The A8 alone carries a price tag of PhP26,990, which is already bordering flagship territory.

So I wonder. Is there any reason to get this phone at all? can it actually compete against the big boys at the same price point? Let’s find out.

The A8 features the same design language as the Note 8. That means a glossy body which looks sleek and elegant, but is also a smudge magnet. Apart from the dual front-cameras, everything else is basically Samsung-standard. Volume rocker and microSD card slot on the left, Power button on the right, and the SIM tray up top. The device also uses a Type-C port for charging and data transfer. Unlike the Note 8, the fingerprint sensor is located on its usual position just below the camera module, and where your index finger will naturally land when using the device. The 5.6-inch SuperAMOLED display exhibits the vibrancy that’s expected from displays of its kind – more saturated than usual, but doesn’t go overboard whilst adding a layer of richness to content.

Having spent some time with the A8 as a daily driver, I didn’t really find any major problems using it for my day to day activities, which consists of a lot of media consumption (YouTube, Music), social media updates, and taking photos here and there.

If you like to play MOBA games such as Arena of Valor, this phone should give you a pretty decent experience. There’s some lag when browsing the menus, but actual gameplay is still pretty smooth.

For its price, one would expect that this phone can handle resource-intensive games such as NBA 2K17 and Rules of Survival at high settings ease.

Well, NBA2K17 surprisingly ran well on HIGH settings… for 3 minutes, and then… performance gradually decreased. Not to the point that it’s unplayable, but you’d be pressed to change it to medium or low.

Rules of Survival plays well with High FPS mode in Balanced setting. Set it to Excellent or Ultra and you get occasional drops in frame rate, especially in highly detailed areas such as fields, but not enough to ruin the experience. The device also started get warm after a few minutes of gameplay, but not to the point that it’s uncomfortable. As a point and shoot device, the A8’s 16MP rear camera does capture some good photos with accurate colors (at least when you view them in a PC). There’s no hint of over-processing, sharpness is just right, and it’s also quick to focus. It’s also not a mess in less than ideal conditions, the details are still there amidst signs of over-sharpening, and there’s only minimal noise. 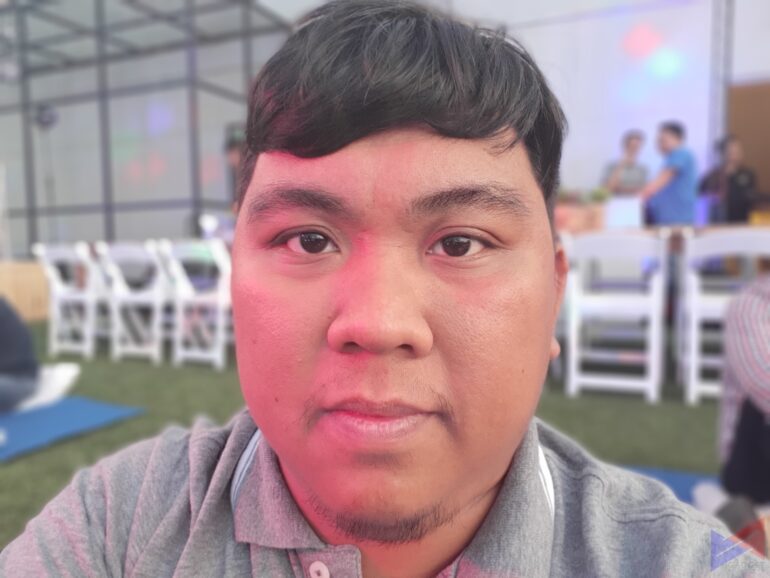 The A8’s dual front cameras allow for portrait mode, which works very well. You can also use Live Focus to change the intensity of the bokeh effect, and change the focal point.

Here’s a sample of a 1080p video captured by the rear camera of the A8. Though a bit jittery, the audio is clear, and the camera is able to maintain focus throughout.

Samsung’s new UI focuses on a cleaner and simpler approach which in my opinion works well with the phone’s design, while remaining feature-packed. It offers a number of nice-to-have features such as being able to change the color temperature of the screen, and the button layout for the navigation bar, among other things.

The A8 also features face-recognition, which is actually quite fast. The only catch is that you have to turn the screen on first. It also features Game Launcher, which lets you block notifications and optimize the phone’s performance to improve your gaming experience.

It also lets you login to two separate accounts with one social media app. Very handy for monitoring your personal and business pages at the same time. Finally, there’s the Always-On display, which lets you have a glance of your notifications, without having to turn the screen on.

The A8 comes pre-loaded with Microsoft Apps for your convenience. Another notable feature is Bixby Vision, which lets you translate text or search for relevant images just by pointing the camera to a certain object. Though accuracy is inconsistent, these are still features that are nice to have, and will most likely receive improvements in the future.

As far as benchmarks are concerned, the A8 should last an entire work shift and still have enough battery in it for your home-bound commute. Of course, this figure be higher with real life usage. Charging the device take just a little short of two hours, which is quite fast.

Despite having decent cameras, great performance in daily activities, a beautiful design, and great battery life, it still doesn’t make sense when you start to factor in the A8’s hefty price tag.

Don’t get me wrong, it’s a good phone. But for PhP26,990, I was expecting a lot more, especially when it comes to the cameras and gaming performance. There’s simply too many devices that offer better value for money in its price range.

The Not so Good