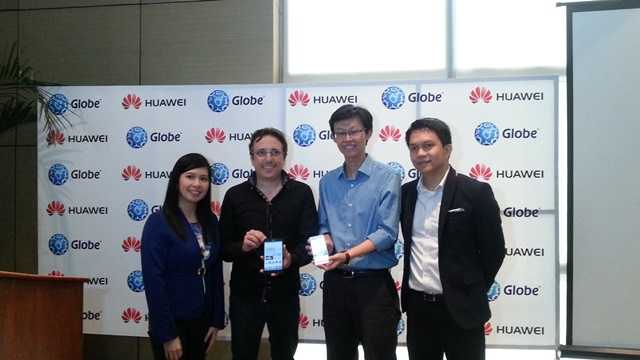 The Ascend Mate is a phablet that can be used in anything that you want with a phone. With its large display, it is perfect for watching your favorite movies or watch and stream videos on youtube. The best thing with this phone is the battery life – 4,050mAh! Stylish and trendy, the Ascend P6 is the world’s slimmest smart phone at 6.18mm thick. It has an elegant design which is perfect and in line with the current fashion trend in mobile phones. The best feature of this phone is its elegant design and its camera – it kinda looks like the iPhone 5 at first look. It has a beauty shot option of front camera which let’s you take excellent selfie shots,

Another good thing is that both phones are already LTE capable so you can do mobile browsing in a lightning speed.

Both phones are free at Globe Plan 999. If you subscribe right now, you’ll also get VIP tickets to the Carly Rae Jepsen concert on August 7 at the Araneta Coliseum. SwitchEasy Announces 1-month Sale, Encourages Everyone to Make The Switch