A couple of weeks ago, we reviewed the impressive Cherry Mobile W900 LTE. While carefully scrutinizing the first local LTE phone, we received another equally interesting phone from Cherry, the Rave 2.0

You are lucky, for tonight, you will not just see our unboxing photos and read our first impressions about this device. We will also give this phone away! Hold your horse though, dnd don’t you dare scroll down immediately because you will most the juice or reasons why you should be excited to win this smartphone!

There’s nothing too special to see inside the retail box of Cherry Mobile Rave 2.0. The star isn’t the box and its contents so that can easily be forgiven. There’s no free microSD card, case or even a screen protector. Here are the things you can find inside the box:

The 2nd iteration of Rave is significantly better than its predecessor. It’s really a huge step up – you will probably remember that Rave 1.0 only had 256mb RAM and 1Ghz single-core Snapdragon S1 processor. The new Rave is much bigger too than the 1st one. The old one only has 3.5″ screen, while the new one has a whopping 5.3″ IPS qHD display. We’re astounded with its screen quality, and judging from its spectacular viewing angles, Rave 2.0 indeed has an IPS display. We really look forward on posting our review pretty soon! 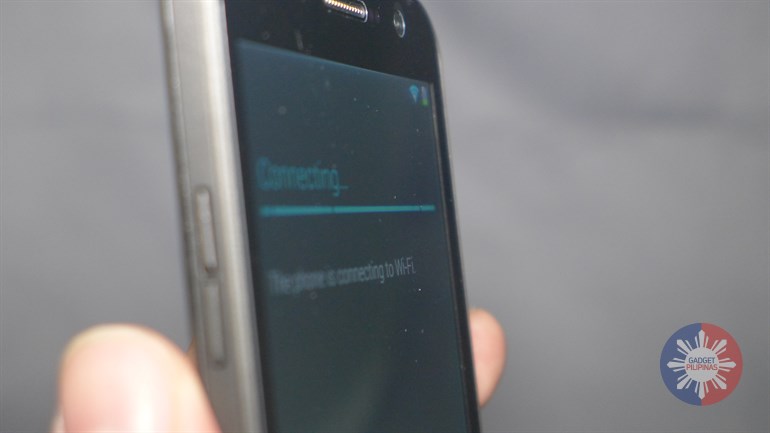 As for its looks, Rave 2.0’s body is made of semi-matte material. The body’s design extends to its sides, giving the phone a uniform and minimalist look. Off the bat, Rave 2.0’s design reminds me of the first Flare; although Rave 2.0 is much bigger. The new Rave is now categorized as a mid-range phablet. It is imperative for a phone in such a category to have buttons strategically placed on finger-accessible areas. Rave 2.0 did not disappoint us on this aspect. The sleep/wake button is conveniently placed on the phone’s right-hand side, while the volume rockers are on its left. All ports can be found on the top-portion of the device. Its well-lit capacitive buttons are just below its 5.3″ display respectively, while its 5mp secondary camera and sensors are beside its earpiece. The smartphone is packed with 13mp camera with autofocus. It’s partnered with an LED flash. We still have yet to test its photo and video capturing capabilities. So far, we are more impressed with the videos rather then the photos we took. Another thing that makes this phone even more interesting is its NFC-capability feature. This has an NFC chip embedded on its cover. You can practically pair your NFC accessories like the BS-1, which Cherry Mobile sells. If W900 LTE is #LTEngBayan, we would like to confidently call this as #NFCngBayan.

During our initial tests, its UI and processing power are somewhat expected for a 5.3″ phone with a MTK6589 processor. It’s fast, but lags a bit on graphics-heavy games like Modern Combat 4 and Real Racing 3. We’ll post video on our review soon. UI looks good, but I honestly think that the lockscreen needs more improvement.

[su_pullquote align=”right”]Did you know that Cherry Mobile recently partnered with Celltick so they can install Start lockscreen technology across their complete range of devices?[/su_pullquote]

We are excited to review this product. There are lots of things to cover and share with you guys, so you better watch out for it soon. And to make things a little more exciting for all of you and to celebrate my birthday, we are going to raffle off a Cherry Mobile Rave 2.0 on March 23, 2014! You may now cast your entries below until March 22, and we shall announce the winner on the 23rd!