That’s what the latest installment of the NBA 2K promises in the upcoming NBA 2K18. On top of playing ball on the hardwood or on parks, NBA 2k18 let’s you experience the living, breathing, blinged-out world of a baller.

In previous installments, character tendencies are locked to the specific player type (Ex. you can be a good shooter but can’t be as good a slasher or a dunker). This year’s game can give you two archetypes, so your dream of becoming a player with sick handles (dribbling) while having the ability to do turn-around fadeaways can finally come true.

Oh and you have to look the part too, right? In NBA 2K18, progress means more bling. From having to start out with just basic unbranded shoes to getting signature shoes and even a 2K bike (Yes, a bike!), the game is going to show us a slice of a baller’s life in and out of the hardwoood.

Check out this cool inforgraphic from 2K which shows us all the neat things the game will be offering: 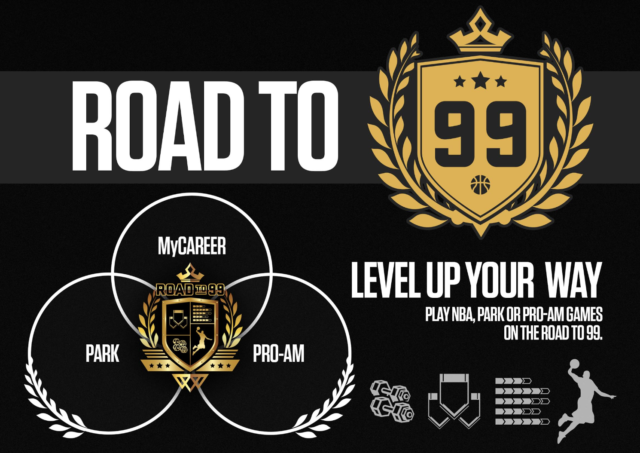 Get yours on September 15th.

From the Press Release:

2K recently unveiled the evolution of the NBA 2K franchise with the introduction of the first live world
inside NBA 2K18. The team is bringing the most loved elements of NBA 2K – MyPARK, Pro-Am and the
popular MyCAREER experience – together into a shared world for players to truly experience the life of
an NBA athlete, both on the court and off.

“We’ve elevated the NBA 2K experience to new heights by putting players at the center of a fully-
immersive basketball environment to explore, socialize, and most importantly compete,” said Greg
Thomas, President of Visual Concepts. We can’t wait to see what this means for the future of the brand,
and for fans to get their hands on NBA 2K18 starting September 15 th .”

The Neighborhood is unlike anything ever seen in NBA 2K or any other sports career mode before.
MyPLAYERs live in a neighborhood environment with several locations in the city blocks to visit, flush
with other MyPLAYERS and characters with whom to interact. Experiences and ratings revolve around
player actions, whether it’s running into Kyrie Irving while getting a shave at the barbershop, competing
on the courts in The Playground, getting inked at the tattoo parlor, listening to the latest beats or showing off the latest gear to friends while strolling the block. A user’s experience is entirely shaped by how they compete, allowing them to reap the rewards of playing NBA 2K18 the way they enjoy it most.

NBA 2K18 is also introducing the Road to 99, the overarching meta-game that rewards users for
improving their MyPLAYER’s overall rating, regardless of which modes they choose to play. Featuring a
unified badge system across Pro-Am, Park and their NBA journey in MyCAREER, their attributes,
animations and badges all combine to define their play style on your road to a 99 overall rating.
As previously announced, on September 8, fans can get an early taste of NBA 2K18 with this year’s
version of “The Prelude,” a free, downloadable experience that begins their journey into The
Neighborhood available on PlayStation 4 and Xbox One. Players can kick-off their NBA 2K18 experience
prior to the game’s launch and continue where they left off when the game officially releases one week
later.

Developed by Visual Concepts, NBA 2K18 is rated by the E10+ by the ESRB. NBA 2K18 will be
available for PlayStation ® 4 system and PlayStation ® 3 computer entertainment system, Xbox One and
Xbox 360; Nintendo Switch and Windows PC platforms on September 19, 2017.
Fans can pre-order NBA 2K18 at participating retail and online vendors, ensuring they receive their copy
and in-game bonuses ahead of the game’s September 19 th release date.
Follow @NBA2K on social media for the latest NBA 2K18 news.