The ASUS ROG Strix GTX 1050 Ti is the company’s take on NVIDIA’s latest budget graphics card, combining its signature design with exclusive technologies that make it a seemingly great combination of looks and function.

The thing is though, this card is priced higher than most of the competition, so the question is, is it worth the extra bucks? Let’s find out in this review. The Strix GTX 1050 Ti uses two of ASUS’ patented wing blade fans, unlike the ones in the higher tier, that means less weight so it doesn’t sag, and more space in your case. It also has a backplate which adds to the overall aesthetics, though the ROG logo on the backplate isn’t illuminated unlike in the 1070 and 1080. Compared to its bigger brothers, the Strix 1050 Ti only has one header for a case fan (Given that this is a budget card, i’m actually glad that ASUS has decided to put even one in), so the graphics card will control the fan speed rather than the motherboard. Not exactly a feature everyone will use, but still good to have. The STRIX logo is seen on the side of the card, along with a small ROG logo which is illuminated and is also AURA Sync capable. You can control the lighting effects using the AURA software, which can be downloaded from the ASUS website, and also comes with the driver DVD.

First, let’s take a look at the system that we’ll be using for our tests:

We used 3DMark to come up with a basis as to how the Strix 1050 Ti would fare. Of course, this is just to establish a baseline, and may not reflect actual performance. For some weird reason, it doesn’t recognize the latest driver version 381.89. Regardless, here are the results: The card scored pretty well, beating 60% of the results in Sky Diver and 38% of results in Fire Strike. We tested the Strix 1050 Ti in Overwatch, Dota 2, Battlefield 4, Tree of Savior, and Dirt 3. The test will be conducted in a room with no air conditioning, and with an ambient temperature of around 30°C to 33°C, so temperature readings may slightly be affected.

As you cans see, the card yielded good framerates in both presets, but for a smoother experience, we suggest going for Ultra, as the difference in quality is barely noticeable. 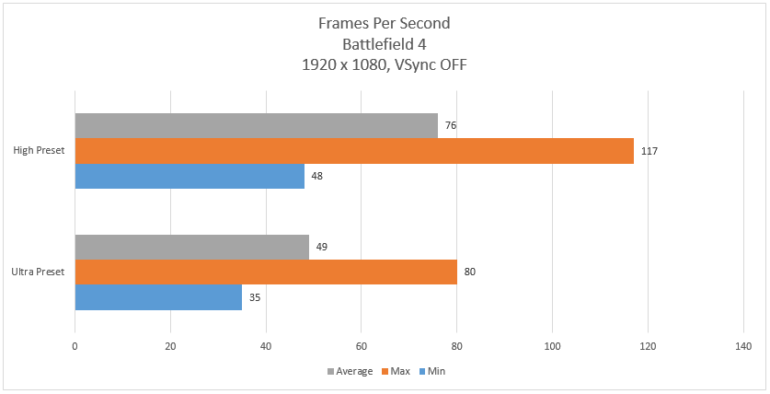 The card can handle the game in Ultra preset, though it it will probably be below 60 fps in several points. Set it to high though, and the difference is clearly evident.

If you’re into MOBA games like Dota 2 and League of Legends, this will handle those like a boss. 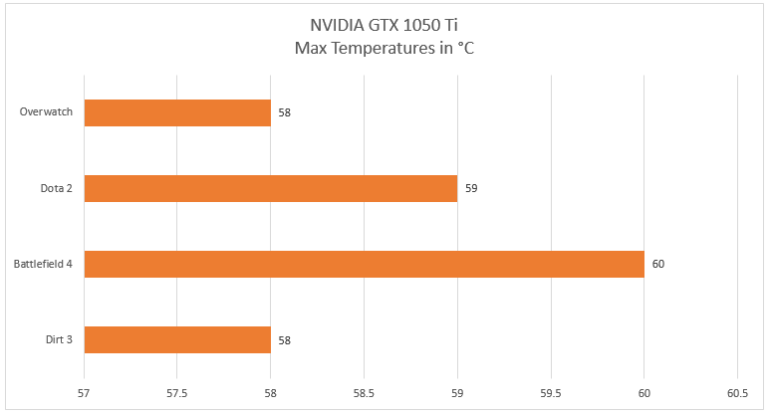 One thing about Strix cards is that they have excellent cooling. The ROG Strix GTX 1050 Ti is no different, as readings barely made it beyond 60°C, even when there was a lot of activity in a scene. Like the 1060

The ASUS ROG Strix GTX 1050 Ti is a great card for 1080p gaming. Its got good cooling, and should even be able to handle AAA titles decently, so long as you know how to play with the settings. At an SRP of PhP9,800 (might be cheaper or more expensive depending on which store you buy it from), this card is for those who are willing to pay a bit more for the extra features, the looks, and the quality.