Last 2011, PLDT rejected a the proposal of NTC and Globe to connect and exchange traffic in order to achieve faster internet. In the report by GMANews, PLDT, in their statement, said that “connecting via a single Internet exchange may create a bottleneck that could hamper rather than raise the service quality of Internet service providers (ISPs)”.

PLDT had valid reasons 5 years ago especially because they were in the middle of infrastructure update, which cost significant amount of investment for PLDT. Things have turned, and the new competitive landscape has shifted to a new direction. Finally, after more than 5 years of discussion, both telcos – PLDT and Globe – have finally agreed to be part of domestic IP peering. 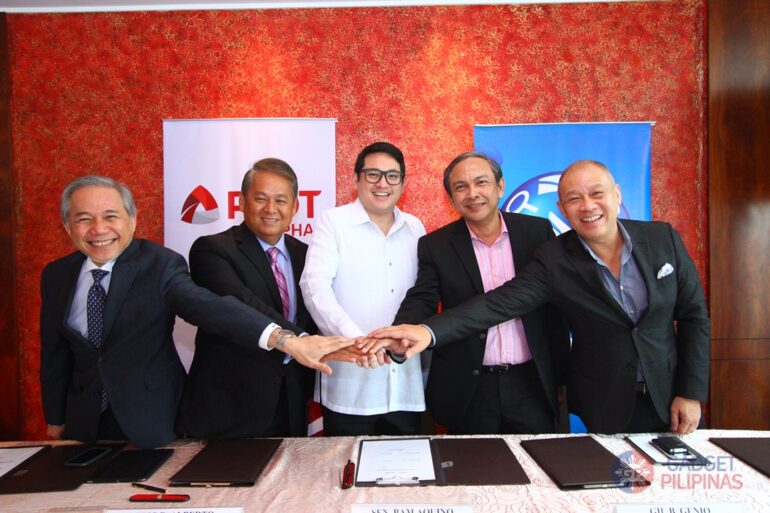 This new arrangement will allow direct local exchange of traffic between PLDT’s Philippine Internet Exchange (PhIX) and Globe Internet Exchange (GIX) that is destined to each other’s own broadband and mobile customers. This, in turn, will lead to more affordable and reliable internet connection by both telcos.

The agreement kickstarts the initial phase of the bilateral peering, which is localized IP traffic exchange between PLDT Group broadband and mobile subscribers, and Globe Group subscribers. The new setup is said to be completed 30 days after the execution of the MOA, and must take shape in full form of the agreement within 90 days after the initial phase has been accepted.

IP peering has tons of benefits, but more importantly, this system will better serve more people with reliable internet because the 2 telcos that peer will be granted with greater control over their traffic flows.

According to Netnod, ” If an operator sends traffic out a transit connection, it goes across the Internet via whatever path the transit provider decides to use. If there’s a problem – slow connections or packet loss, for instance – the network is at the mercy of its transit provider.”

The new arrangement is just one of the new activities jointly entered by the 2 telco giants. The other recent deal both companies got into was their agreement to co-acquire the 700Mhz telecommunications infrastructure from San Miguel Corporation. This enables both telcos to fire up sites with 700Mhz spectrum, which are said to be better in terms of delivering data signal through walls. The said spectrum was something, which Globe and Smart clamored for in January 2016. The rest of this story was history, and consumers expect to have better cellular data connectivity in the next few months. In fact, PLDT has already started activating new sites with the said spectrum. Consumers that own newer mobile phones – both offered by local and international brands – will definitely enjoy the benefits of the new frequency.

Top 9 Reasons Why I Love the O+ Upsized