Cherry Mobile has always been breaking the status quo since they launched the 1st Cherry Mobile Flare. Needless to say, breaking grounds and new frontiers seem to be their most loved past time.

Last June 2, 2016, the local smartphone company launched yet another breakthrough product, which put the Philippines at the center of the discussion among techie netizens and smartphone enthusiasts. 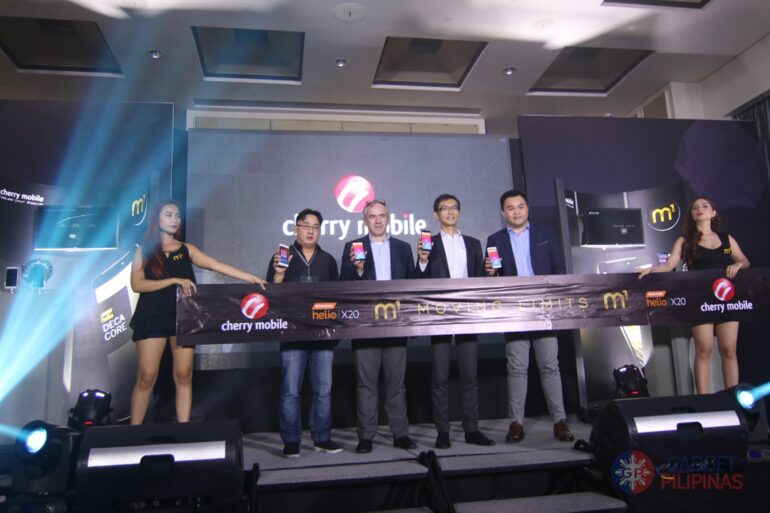 Dubbed as Cherry Mobile M1, the new smartphone is powered by Mediatek Helio X20 Deca-core processor. It’s the 1st smartphone launched by a local consumer electronics company that has the said processor, with unparalleled performance and speed compared to the previous Mediatek processors. In fact, its processor is the world’s first processor with tri-cluster technology.

MediaTek’s Tri-Cluster CPU architecture in the MediaTek Helio X20 provides three processor clusters, each designed to more efficiently handle different types of workloads. The Tri-Cluster CPU consists of one cluster of two ARM Cortex-A72 cores (running at 2.5GHz for extreme performance) and two clusters of four ARM Cortex-A53 cores (one running at 2.0GHz for medium loads and one running at 1.4GHz for light activities). Much like adding gears to vehicles, dividing the cores into three clusters provides a more efficient allocation of tasks for optimum performance and extended battery life. ~Mediatek

Simply put, with a smartphone powered by such processor, you can be assured that smartphones can be 30% more battery efficient, faster and powerful. Apart from its powerful processor, the Cherry Mobile M1 is the first formally announced local smartphone that has 4GB RAM to ensure that it’s powerful enough to handle multiple running applications and play your favorite games. Speaking of playing games: its Mali-T880 is ready for a lot of beating, so we expect this phone to be the local mobile gamers’ first choice.

The Cherry Mobile M1 is also the local brand’s 1st smartphone to have a 21-megapixel rear facing camera. Powered by Sony IMX 230, its one of the best sensors in its class, and can definitely delight mobile photographers. Front facing camera is 8-megapixels; and both cameras are complemented with LED flashes. But perhaps, its most celebrated camera feature is its PDAF feature, or phase detection auto focus. M1 isn’t the 1st local smartphone to have this auto focus technology, but we know for a fact that Sony is not a slouch when producing sensors with such feature. Now, Cherry Mobile is at par with products such as Huawei Honor 7, Lenovo Vibe X3, Meizu Pro 6 and Xperia Z3+ because of the senor bult in to the M1. Way to go, Cherry Mobile.

Cherry Mobile M1 has quite an unassuming look. From the get-go, the M1 reminds me of the Gen 4 Moto X, but bigger in some aspects. Its 5.5-inch display is protected by Asahi technology, and navigation keys are all on-screen. Its 3.5mm headphone jack is located at the top of the device, while its USB Type-C 1.0 jack is found at the bottom. It is the 1st formally announced local brand that supports USB Type-C. Cherry Mobile didn’t say that the exact availability of the smartphone, but I believe that it should be available at the end of June. As Cherry Mobile’s flagship device, its retail price is just a little above PhP10,000. It will soon be available for only PhP11,999.

What can you say about this, guys? Do you think that it’s worth buying? Let us know through the comments section below.

OPPO F1 Plus Review: iPhone? No, it’s OPPO’s greatest yet