Today, we put our focus on to O+’s first dual boot device, the O+ Duo. Be sure to check out our unboxing and first impressions below. It’s pretty comprehensive, actually.

The device is packed with pretty capable specifications. For starters, it is powered by an Intel 1.5GHz quad-core processor and 2GB RAM. Its internal memory is pretty loaded too – 64gb and may be expanded via MicroSD. This really comes in handy especially if you’re into installing several applications on the device. About 45% of the total internal storage is dedicated for Android, (and the rest are for the Windows partition and system/boot files), having the microSD card slot is definitely worth having. By and large, O+ Duo’s storage specification is definitely better than Cherry Mobile’s MAIA Smart Tab. Surprisingly, O+ Duo isn’t short of ports for peripherals. Apart from the usual ones like MicroSD card slot and Micro USB port, the device also has mini HDMI port so you can extend or mirror your display to any compatible projector or TV. The inclusion of a keyboard dock out of the box is definitely a bonus too; and mind you – it doesn’t look cheap and works really well. You will love O+ Duo’s screen. It’s 8-inch IPS screen show accurate colors and vibrancy. Texts appear clear as well. It’s quite rare to experience such on a device with a very affordable price point.It is also very responsive – scrolling texts, websites and browser folders perform like a breeze on O+ Duo. As expected and advertised, the device is capable of booting into either Windows 10 or Android 5.1 Lollipop. The O+ Duo is primarily set as a Windows device – just like Cherry Mobile’s MAIA Smart Tab; and may easily be switched to Android 5.1 with a simple software switch found at the desktop. Unlike Cherry Mobile’s Smart Tab, O+ Duo’s other operating system is Android 5.1 Lollipop out of the box. This makes the device the ultimate starter dual-OS device because it can be your go-to productivity tool via its Windows OS; and gaming device via its Android OS. Will it run my favorite Android games? Hell yes! Can it play some of my steam games like Dota 2, Portal, Darkest Dungeon, etc? You betcha. Keep in mind though that this device’s specs is on the low spectrum, so don’t expect it to be able to play MGSV, H1Z1 or DayZ. Still, it’s impressive that O+ has made an ultra portable and affordable convertible device that’s capable enough to run some casual games. 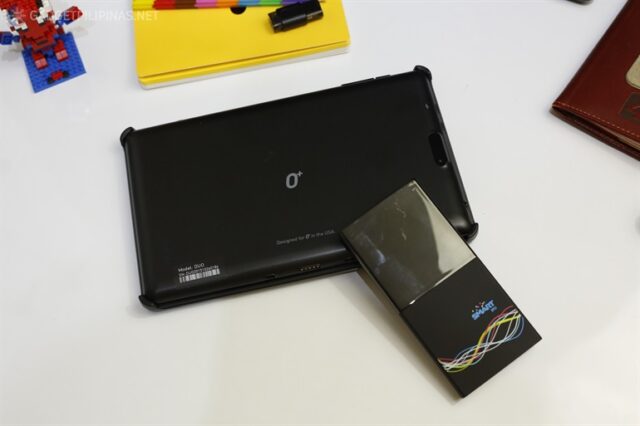 The lack of full-sized USB port may be an issue for some end-users. That, however, can easily be remedied by buying a USB OTG, which works flawlessly on the O+ Duo.

Unfortunately, the device doesn’t have a SIM slot but you can easily pair the device with any Wifi hotspot or wireless broadband that you have like Smart Bro LTE.

Watch out for our full review soon. For now, our unboxing and first impressions video of the device is pretty loaded with information that you’d love to know and hear about. If you have any comments or thoughts about the device, don’t hesitate to drop them on our comments section below.

5 Things You Need to Know about MyPhone My 35