Review: One Month with the Cherry Mobile Flare X If you regularly follow our blogs about the Cherry Mobile Flare X, you are probably aware that the device is a closet beast. It managed to exceed my expectations and for 1 full month, it was able to satisfy all my gaming, photo and communication needs. If you’re one of the people we (probably) encouraged to buy this device, most of you will agree that it is Cherry Mobile’s best smartphone so far. If you haven’t bought a Flare X before, consider this article an encouragement and a proposal to check it out yourself. There are lots of reasons to prove that it is currently Cherry Mobile’s best smartphone. At its current price point – PhP6,999 – products like the Alcatel Flash Plus and Firefly Allure (that are equally amazing) are trying to keep up with the demand and steal Flare X’s winning moment. Allow me to recount my experiences with the Flare X, and give you straight-forward user report for better appreciation. Playing mobile games with Flare X is outstanding. I was able to play my favorite games without major issues at all. Just for reference, I’ve compiled a list of games I’ve played and my experience while using Cherry Mobile’s latest Flare:

There are games that aren’t optimized for the Flare X. NBA 2K15, for one, isn’t fully compatible with the device’s chipset but playable in most instances. We also received reports that the game is sometimes laggy, but we confirmed that it depends on the version of 2K15 you have installed. According to some users, version 1.0.0.58 runs well and smooth on Flare X. So, if you have any plans on playing this game on this device, be sure to grab that version.

We also gathered that emulation works well on the latest Flare. Our personal favorite is PPSSPP, an emulator that allows you to play PSP games. There are tons of resources out there, but joining Flare X group sites on Facebook could be a good start.

The smartphone runs on Android 4.4.4 Kitkat. Yes, it does not run on the latest build of Lollipop, which may be a huge downside for most users. Despite this little quip in software, Flare X managed to stay usable and stable albeit riddled with too much bloatware. The latter was a gripe that was fortunately addressed in the last OTA update pushed last August 11, 2015. Having 4.4.4 on Flare X is an excellent decision by the developers of Cherry Mobile. Besides, it is, by far, the most stable version of Android  at the moment and we approve it wholeheartedly. After the August 11 OTA Update

There are 3rd party features implemented on the installed software build on Flare X. Some may be must-haves or nice-to-haves depending on your software preference. 2 of my most favorite features so far are Gesture Sensing and Smart Wake. These implementations power up the smartphone, and add premium-like features normally found on flagship devices of ASUS, OPPO, LG and Samsung. If you’re used to knock-to-unlock and quick access gestures found on LG G4 or ASUS Zenfone 2, Flare X got it. 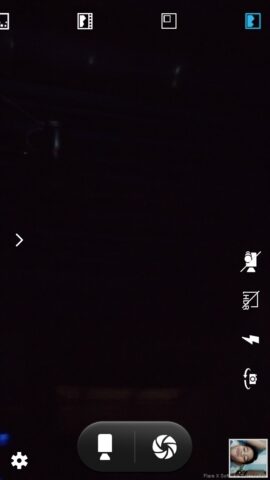 Rooting the phone is also fairly simple for as long as you’ve got the right ADB drivers installed to the PC or if you’ve got the right mobile application installed on your Flare X. Lysander Bien of Flare X United cooked up a quick guide to those who wish to quickly root their devices. A word of caution on rooting though: while rooting has some benefits, it may brick your device or may invalidate the warranty of your Flare X.

There is also a custom recovery available for Flare X. The steps found here require the following: Rashr Tool (installed on mobile device), custom recovery images (best if you use CWM) and prayers.

Flare X’s design does not deviate much from the design philosophy of Cherry Mobile’s Flare series. There is nothing really glaring and different from its design, but it’s worth noting that the new Flare is bigger, brighter and a lot more powerful than its predecessor. What’s unclear to us even at this point is the naming convention that Cherry Mobile will implement after Flare X. Will we still have Flare 4, or will we be seeing Flare X2 anytime soon. The possibilities are endless, actually; take a queue from what they did with Flare S. The latter sprung to a multitude of variants from Flare S1 to S3 to Octa variants. If you wish to take a look at our device walkthrough, check out our unboxing video found on our Facebook channel. I have embedded the video below for your convenience, but just in case you can’t view it, you can watch it alternatively at our channel on this link.

As for grip and reachability, you have to take note that Flare X is a little wide and slightly slippery as it does not have anti-slip features like what the Android G1. I almost dropped the device thrice

With conviction, I can say that Cherry Mobile Flare X’s camera is amazing! Judging from the sample photos we took, it can totally go hand in hand with photos taken using international flagship devices. For instance, the photo we took below using Flare X captured natural colors and fine details. From afar, you can still see the clouds and the gradient sky. But, you have to focus your attention to the gate at the mid lower section of the photo. Let’s zoom in to it for better appreciation. The street name may not already be readable but at least the sensor was able to pick it up along with the details of the surrounding objects: chipping paint, slippers, towels, etc. If this was a game of “find objects”, it would still be easy for you to identify the stuff needed to be found and eventually win the game. Its camera performs really well as well even at low light. Flash compensation may not be enough but its sensors can suck it enough natural light to bring subjects to life or render fine details. As expected, photos I took without flash have noticeable grain but still acceptable in my books.

I also took a video using the device and to my surprise, its performance and quality is the same with the video I took using a more expensive Lenovo Vibe Shot. You can take a look at the comparison video below.

There’s one noticeable issue though – the sound on the video we took using Flare X is a little muffled. In effect, if the sound source too far, it would be less audible if not completely inaudible. Check out comparison video below. We highly encourage you to use a headphone to distinctly hear the difference.


Flare X has everything you need from NFC to Hotknot, from Bluetooth to Wi-Fi, and from 3G to LTE. It is also dual sim – dual LTE capable so we can categorically say that it’s full-packed. We never had any major issues with all these, but it’s worth noting that we encountered slow download times on Play Store and OTG update despite LTE connectivity and Wi-Fi.

If you’re always on the go, and you need to access important files on external USBs, you’ll be glad to know that Flare X is OTG capable. Unfortunately though, external drives like our 500gb Seagate Expansion external drive failed to work on the smartphone. We also tried using our Logitech G700s on Flare X and it also magically worked. Check that mouse cursor on our screenshot below! Wowe! As early as now, we’re giving Flare X a badget that strongly shows our opinion about the device. We highly recommend it to people who are looking for a device that boasts features that are normally seen on expensive flagship devices. At PhP6,999, Flare X is a must-buy for content viewers, gamers and mobile photographers. It packs the most essential and nice-to-haves, a excellent choice if you’re on the lookout for affordable device.