We have been playing with Mobvoi TicHome Mini for 2 weeks now, and we just can’t stop talking to it and talking about it. Perhaps, the nature of having a Google Assistant, which also doubles as a Bluetooth speaker, is to incessantly become too inquisitive of things that are both important and senseless.

“Hey Google!” followed by “What is glue made of?”, “When was lego invented?” and “Are you better than Siri?” replicate how kids ask their parents during downtimes. Funnily, with a Google Assistant such as Mobvoi TicHome Mini, even adults would ask questions that are, sometimes, somewhat weird and hilarious to see how the AI would respond. Technology has truly evolved. With a device such as TimHome Mini, users are opened to a whole new digital landscape. Google Assistant isn’t just confined to answering the questions you throw at it. Just like users and technology, it evolves and learns in order to become more useful. You can request it to spell a word, solve mathematical equations (for as long you know how to constructively say the formula), tell a scary or bedtime story or even set an alarm at a specific time in the future. It is a small device that you can willingly carry around. The one we got has a two-toned color design – white and chrome; and even has a strap, which allows you to hang it wherever you want. Its top panel is riddled with all the buttons necessary to operate the device. Controls are not intimidating,  which a great plus especially to those who don’t want to read manuals. But c’mon – if you’re not familiar with using Bluetooth speakers, you might want to quickly read the manual inside its box. Placed behind the front panel is an NFC chip that allows users to easily connect supported and authorized devices. Setting up the device, however, is not instantaneous. It can be a walk in the park to those who are familiar with Google Assistant and Chromecast, but it can be a pain in the behind to those who have never tried it.

In order to start, the TicHome Mini needs to be connected to your home or office wifi (with internet connection), and hooked to your Google account. Once that’s done, you can then ask it to answer questions or even turn on or off your devices provided you have WeMo installed. WeMo is a product of Belkin, which is a complete easy-to-setup home automation solution. Apart from listening to it, you can easily monitor Google Assistant’s response by looking at the 4-step light band located at the center of the top panel. Adjusting the volume may be done by pressing the Volume Up and Down, or by simply saying “Hey Google! Volume 6.” 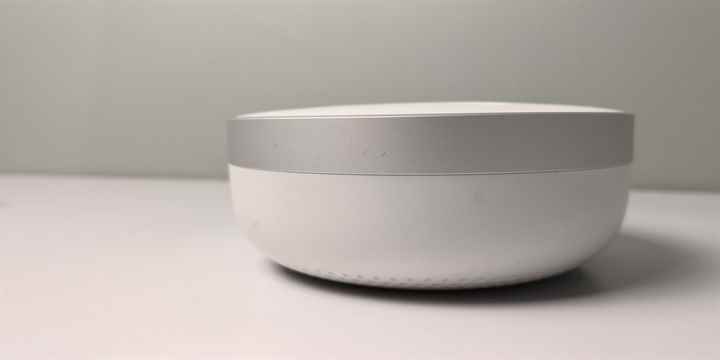 TicHome Mini is more than just an affordable alternative to Google Home Personal Assistant. It may be your or your family’s first access to Google’s ever-evolving AI. Yes, Apple HomePod is rumored to be shipping in a few weeks, but that might not come to the Philippines officially.

Fortunately, MobVoi TicHome Mini is now being sold at EHome, a local company, which sells gadget accessories in the Philippines. It retails for PhP6,990, a tad cheaper than Google Home Personal Assistant. We have a special on-going promo with EHome for all of you until the end of January though. Simply use GADGETPILIPINAS1000 upon checkout for a timed-exclusive PhP1000 discount.

And if you think you’ve got luck on your side, join our giveaway for a chance to win a white Mobvoi TicHome Mini!