Huawei released recently their budget handset, the Huawei Y5 (2017). It’s an entry-level 5-inch smartphone that has upgraded features in this price bracket.

The Huawei Y5 2017 is made to be thin light, and smooth around the edges. It has a 5-inch glass display and has slightly thick bezels on its sides. There are no buttons to press on the front panel, which helps to avoid random button presses while inside your pocket. The back cover of the handset is made up of textured poly-carbonate material, which prevents the phone from easily slipping off your hand. The 8MP AF rear camera has dual-LED flash which provides ample illumination for low-light shots. It also has a 5MP front camera accompanied by an LED flash.

Aside from the power button and volume button at the right side of the phone, there’s also a small opening that you can use to remove the back panel. 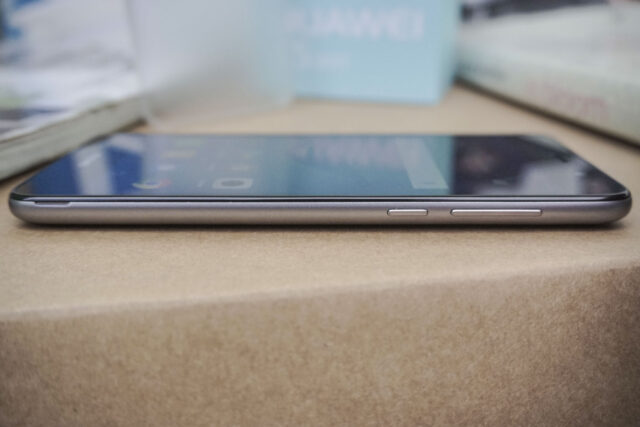 On the left side, you’ll see a custom button which you can program to do certain tasks. Upon removing the back panel, you can immediately see that its 3000mAH battery is covered with metal plating that is screwed to its main body. The phone has a bright 5-inch 720p IPS LCD display that has auto-brightness and multi-touch features. The screen is also significantly bright, which is very beneficial for users who are accustomed to reading under direct sunlight. The audio quality is quite detailed and fairly loud. You just have to be aware that the speakers are at the bottom of the phone and are easily blocked by your hand depending on how you hold it.

The Y5 2017 runs on EMUI 4.1 on top of Android 6.0 Marshmallow. Take note that EMUI 4.1 does not include an app drawer so all are located outside. There are not many pre-installed applications aside from the standard Google package and social media applications. The phone has an internal memory of 16GB, which leaves you with approximately 10GB of usable storage when you consider deducting the pre-installed applications. Obviously, if you’re planning on hoarding a lot of images, videos etc., then you have no other option but to add a microSD card to expand your storage.

Remember the customizable button that I mentioned earlier? Well, Huawei calls it the “Easy Key.” It can launch apps by either doing a press, press and hold, or by double pressing it. You can change what apps the button can load under settings.

The rear camera has 8MP, an auto-focus, and f/2.0 aperture. It doesn’t have a manual mode but it has some manual settings that are inconveniently hidden in its camera menu system. From there, you can adjust its white balance, ISO, exposure, saturation, contrast, and brightness. It also has geotagging and face detection. There are 4 main modes in the camera: beauty, photo, video, and timelapse. The camera also has a filter mode where you can be more creative with your shots. Here are some images of the rear and front camera. The rear camera has an issue with its white balance. It constantly shifts even if you are stationary and in focus. As a result, the tone of the images you get are a hit and miss. Sometimes the image could be a bit vibrant, sometimes it could be absolutely bland. The only workaround for this is that you have to take more than one shot at your subjects to get better results. For the front facing, photos are significantly grainy, especially in low light, and has the same white balance issue from the rear camera. The image quality on both front and rear can still be good as long as you strive for good lighting.

For video recording, the device can record at 1280 x 720 resolution at 29fps. Under well lit areas, the camera performs well. Although, it can overexpose some details and can make sudden shifts in white balance depending on the lighting of the environment. All-in-all, the camera has the capability of shooting good quality stills and HD videos.

The Huawei Y5 2017 is a budget smartphone which means you can only do so much with it but comparing it from its predecessors, Y5 and Y5II, you can definitely see a good leap in terms of specs. The smartphone is powered by MediaTek MT6737T 1.4GHz quad-core and 2GB RAM. We are not expecting much from the chipset but it is enough to provide an almost smooth and responsive performance on the smartphone. Although, we wish it was using a 1.4GHz Qualcomm Snapdragon chipset.

As for gaming, Mobile Legends runs smoothly on low graphics and it still playable on high graphics. Just take note that demanding games can indeed cause the phone to get warm easily. Here are the benchmarks scores we got from the device:

The LTE, Wifi, Bluetooth, GPS are all covered in this smartphone. The first SIM slot supports 4G while the second SIM slot only supports 2G.

As you can see from the Sensor Box app, the gyroscopes, temperature, and pressure sensors are not included on the smartphone. Using apps such as Google Maps and Waze for navigation works fine with its GPS. We never had any problem with the call quality, signal, and mobile data as long as we are in a good spot with good signal strength.

The battery life of the Y5 2017 lasts long since it has a 3000mAH battery, which gives you more time to play games, surf the web, and take photos and videos. However, the smartphone does not have fast charging capabilities. PCMark’s Battery benchmark marked the smartphone at 8 hours and 54 minutes with 15% battery left to consume. For a budget smartphone, the battery life is quite impressive.

The Huawei Y5 2017 overall is a decent budget smartphone that sells for Php 5,890. You can really see the improvement of the Y5 2017 if we compare it to its predecessors. The 2GB RAM, Android 6.0 Marshmallow, 3000mAH battery, 8MP rear and 5MP front cameras are the strong suits for this smartphone. Its shortcomings like the lackluster white balance issue of the camera and Huawei’s decision to go for a Mediatek chipset are easily forgivable considering its overall performance. 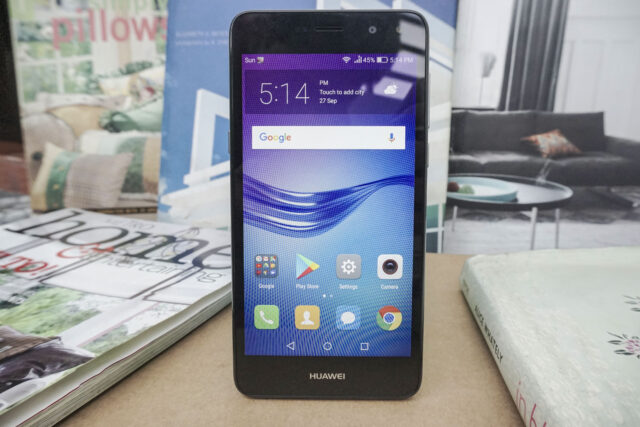 If you are searching for a smartphone with decent performance and a decent camera, the Y5 2017 is definitely among the top choices you have for a good budget smartphone in the market.