10 Things I Discovered while playing The Division Beta

I got the chance to play Tom Clancy’s The Division over the weekend. The game will officially be launched next month; and just like most of you, gamers, out there – I CAN’T WAIT TO GET ONE MYSELF! Expect me to be lining up at Datablitz before 10am that day.

Note that everything here is based on my experience during the Closed Beta.

It has gaming vibes of Destiny and Watch Dogs There are tons of elements in the game that reminded me of Destiny. Yes, this isn’t the same production house and company that brought us Destiny, but Ubisoft seemed to get inspiration from the Bunjie’s iconic game. Things like random missions and exploration are key factors that kinda made me think that Destiny and The Division are in the same world, only separated by time.

Since this game is developed by Ubisoft, its UI and some of its sound are reminiscent of Watch Dogs.

It runs on solid 60fps on PC I played the game on my PC powered by an ASUS Nvidia GeForce GTX 970, Intel Core i4-4690K CPU Clocked at 3.50Ghz and 16gb RAM. The game is graphics-intensive so I had to turn off some game elements in order to achieve the performance I wanted.

[su_spoiler title=”Note” open=”yes” style=”fancy” icon=”plus-square-1″]Please bear in mind that I was recording the game using Shadowplay, which also uses PC resources. This is the reason why I had to turn off some game elements so I won’t have any issues recording the game.[/su_spoiler]

Elements of RPG are really evident in game Earlier, I said that the game is like a cross between Destiny and Watch Dogs. On paper, it is an open-world survival third person covered-based shooter role playing game. It isn’t actually a new genre, but the game offered fresh take on 3rd person RPG.

You level up your character by earning experience points and by acquiring items, which can increase your DPS, Health and Skill Power. The game offers 2 modes of online gameplay: you can play the main online campaign game and Dark Zone game that has PVP features. Character level progression system are also separated: this means that you can be Level 7 on Main Campaign that allows you to use some of your loots and progress through the game, and you can Level 2 on Dark Zone. Unlike other games like Skyrim and H1Z1, The Division made it seem like I was in game with a goggle with digital HUD on. Playing the game didn’t feel natural because it kept on showing in-game instructions like ‘F’ to open or ‘CTRL’ to climb up. I am not complaining. Move along. Pretend that you didn’t read this highly subjective and weird observation. There are tons of loots in-game. You can’t carry everything because your back pack can only carry quite a handful of stuff. I didn’t get encumbered during my playthrough though, but since I’m quite a hoarder, I’ve got a tendency to keep things inside my bag and fill my base stash with lots of useless items.

Items like mineral water and food are scattered throughout New York. You can give away some of the stuff you got to New Yorkers. Speaking of New Yorkers: they are snarky and repulsive. They don’t want you to look at them. They will ask for something, and they will tell you nasty remarks if you don’t bat an eyelash…. err I mean… do something. I’m not sure if this is active during the Beta phase, but man – this even make things too unnatural. Perhaps, Ubisoft is thinking of coming up with another level of the game where there’s immense scarcity of ammo, including pistol ammo. Or maybe, they will come up with a mode where your character wouldn’t respawn when killed.

I Killed a Dog Damn you, Resident Evil, Silent Hill and H1Z1! You’re the reasons why I feel so afraid and stressed when there are dogs in games like The Division.

In The Division, I had to kill 3 dogs because I thought that they’d attack me or they’re just there to say hello. Ubisoft: please tell everyone that we can also tame dogs in game. 3 days of Beta: Not Enough 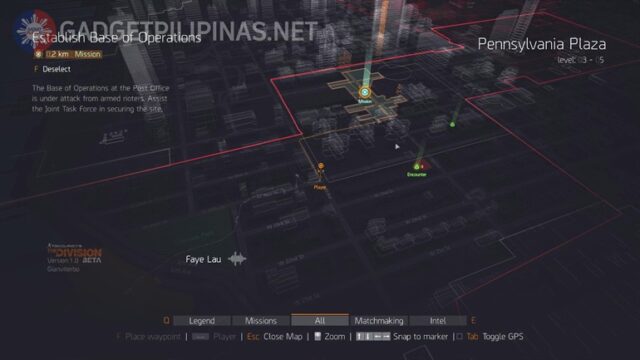 I just really feel that 3 games of Beta aren’t enough to explore The Division. After playing the available missions, I moved out and headed to the Dark Zone. Things can get really grittier at the Dark Zone, and people are meaner.

Cerberus Gaming Keyboard and Mouse, Coming in March for less than PhP2,000 each