Cherry Mobile has started rolling out the diverse variants of their new Flare series. So far, we’ve covered all the new Flare devices from the Flare 4 to Flare S4 Plus. (Watch out for our Flare S4 Plus review soon!) This time, we’re giving you our first impressions of the newly released Cherry Mobile Flare S Play, the company’s first smartphone with built in Digital TV receiver. 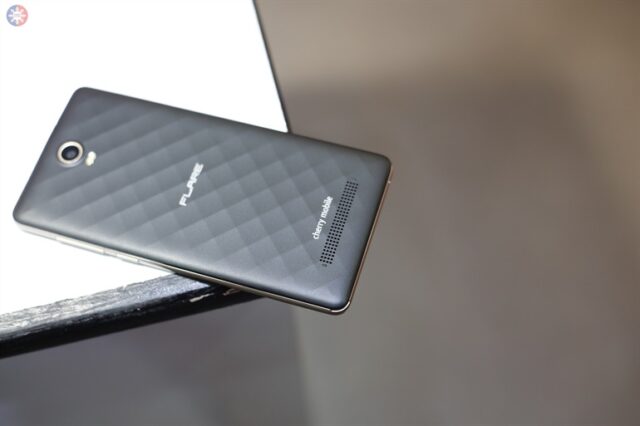 The new Flare devices look fantastic, and the newly announced Flare S Play doesn’t shy away from its kins’ looks. Its build and construction are almost the same with the Flare S4, especially its specially design black cover.

You can see our in-depth unboxing and device preview on the video above for your reference. But just in case you’ve got low internet bandwidth, we have prepared something for you below.

The device doesn’t look cheap. Its gold accented side bezel is pretty, and the design of the back plate matches the overall aesthetics of the phone. The back plate is removable so you can easily access the removable battery, 2 SIM slots and 1 microSD slot. 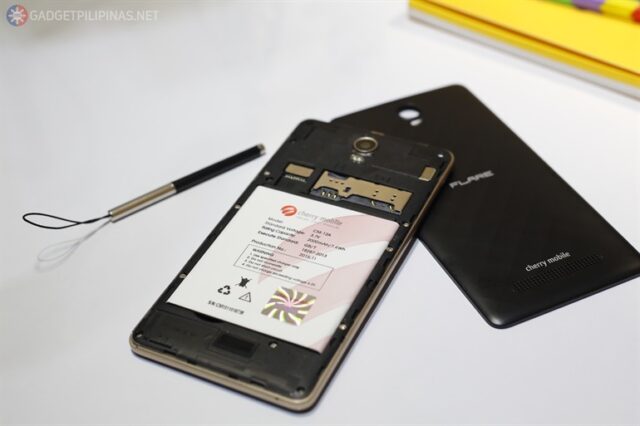 Although we find the black Flare 4 (with faux leather back plate) much comfortable to hold, Flare S Play can easily be “wielded” with one hand without worrying too much from it slipping out of your hands. Access to the volume rockers and sleep/wake button are on the right side bezel of the phone, and operating the device with just one hand is easy. The smartphone’s 5-inch HD display is magnificent. It is color accurate, and the level saturation is just right. It is perfect for viewing media contents and even TV shows, provided that you’re on the right spot. More on the Digital TV first impressions later. Below its display/screen are its capacitive buttons. Flare S Play has an ancillary accessory included in its retail box – a detachable antenna. I actually thought that it can double as a stylus, but I was dead wrong. It is simply an antenna, which may easily be extended by pulling the other end fully. It has a string so you can tie its receptacle to your keychain or bag. If you need to use it, you simply need to unscrew the other end from its receptacle and attach it to the 3.5mm headphone jack. If you lose this, you can use your headphones to approximate it as the Digital TV modules antenna. Setting the phones digital TV is very easy. It has a preinstalled app called Cherry TV, and it’s where you can watch TV shows from various unencrypted channels like ABS-CBN, GMA and even TV-5. To begin, all you have to do is scan channels, and allow the app to sniff a digital TV signal and populate the channel list with channels that may easily be accessed. Here’s a link to the demo video.

Its 1.4Ghz Octa Core processor is probably made by Mediatek. We suspect that it’s MT6592M, but we still need to very this from Cherry Mobile. It’s complemented by a 2GB RAM, and (probably) a Mali-450 GPU.

Its specs are quite dated, to be honest, but are still very much capable of delivering the expectations of gamers and content producers. I’ve got one issue though – the device only has 2000mAh battery. This is something that Cherry Mobile should have thought of and reconsidered to be beefed up prior to launching the device.