We like Android, and in many instances when we review Android phones, we wish they could be more Android-like. That is, more functional and less bloat-infested. A lot of the software perks found in most phones these days are typically just UI skins and unneeded third-party mobile apps. That’s why we gladly took on the Android-powered Moto X from Motorola to review. With a near-stock version of Android Lollipop, it came like a much-needed breath of fresh air.

But before we go any further, let’s get one thing out of the way. The Moto X is not a Nexus phone in that it actually has the base, stock version of the latest Android OS — in this case, Lollipop. The Moto X is a flagship product, much like the top-of-the-line Xperia-series phone from Sony, or the newest iteration of Galaxy-series phones from Samsung. It’s a brand-name Google phone, but it offers what might as well be a white-box Android experience with almost none of the fluff. The Moto X looks and feels like a unibody device, and that comes with its pros and cons, but we certainly didn’t have an issue with it. It has a total of three separate hardware buttons, all present on the right side. These are comprised of the power button/lock switch, as well as the volume up and volume down buttons. The only other things you see sticking out when looking at the Moto X from the front are the two speakers placed across each other near the top and the bottom.

A 5.2-inch Full HD screen serves as your window to the Moto X’s soul. The screen is wider than most, which probably helps it fit in the Moto X’s compact body, and it uses an AMOLED touchscreen panel under a protective layer of Corning Gorilla Glass 3. Basically, Motorola managed to fit a phablet screen in a non-phablet phone. Score one for clever engineering.

The display looks good when seen head-on, and the viewing angles aren’t bad either. It’s the color accuracy that seemed a bit off to us during our time spent with the Moto X. It appears to use a warm color profile, so whites tend to appear yellow, and this becomes most apparent when you look at the screen indirectly. It doesn’t take away from the Moto X’s overall performance, to be sure, but if you’re a stickler for color-accurate screens on a mobile device, this might be an issue. If you’re a fan of onscreen menu buttons, then you’re going to love the Moto X. Three software keys for Back, Home, and Recent Apps appear at the very bottom of the screen, and these are your navigation buttons for doing almost everything on the Moto X. If you’re coming from a phone with capacitive touch menu buttons, then there will be a bit of a learning curve. But the onscreen keys are easy to use once you get the hang of it. We mentioned the Moto X’s unibody design earlier because of one somewhat distinct feature. A built-in SIM card slot is fitted onto the top of the phone, and it can be taken out to insert a nano SIM by using a bundled SIM ejection tool. There are no under-the-battery SIM card slots here. In fact, you can’t even take out the battery if you wanted to. The back cover is non-removable, so that’s one thing to know if you’re going to consider using this phone as your own. Speaking of the back cover, it’s home to a few things, namely a 13-megapixel camera with dual-LED flash, the iconic Motorola logo, and a pinhole mic near the bottom. The rear camera is probably our favorite thing about the Moto X, looks-wise. It has a unique look as far as we know, and the metallic Motorola logo right below it makes it look even better.

Now that we think of it, the use of metal on the Moto X does seem very tasteful. Nothing is out of place, and the metal blends in nicely with the matte plastic back cover and all-glass front. The Moto X looks like a striking product with great minimalistic undertones. If it were a real person, it would be kind of guy that you might soon describe as “tall, dark, and handsome.”

But enough about your latent robosexuality. Let’s talk performance.

The sound coming from the front-mounted stereo speakers surprised us in a positive way. You don’t see many phones coming out with such a speaker configuration, and as far as audio performance goes, the Moto X delivers in spades. Wired and wireless headphone performance is pretty much the same. You shouldn’t expect the Moto X’s speakers to conjure up enough bass to rival a desktop-grade sub-woofer, of course, but in terms of clarity and loudness, it won’t disappoint.

And what about the camera? We’ll let the following sample photos speak for themselves. 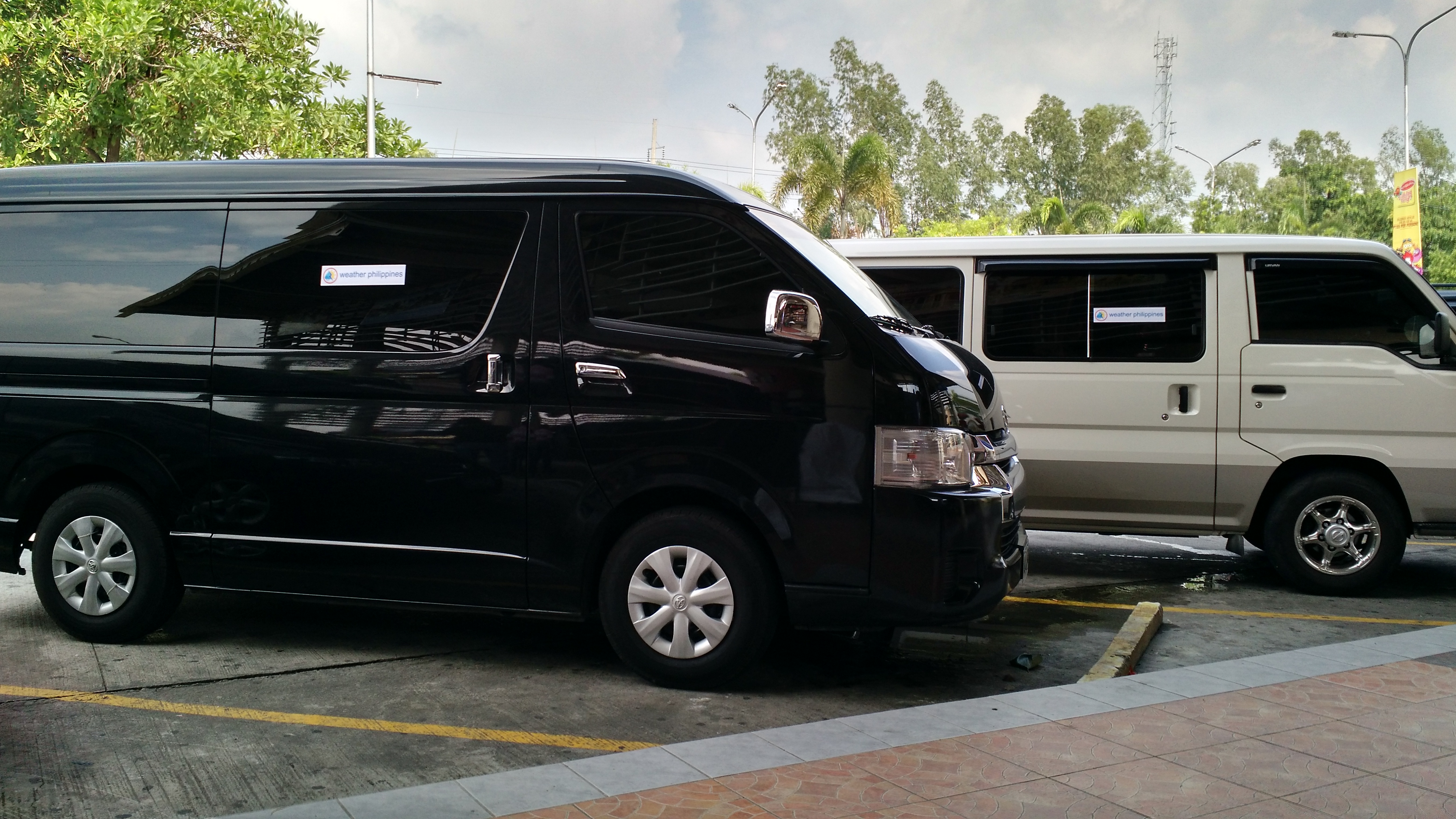 The Moto X rear camera uses a 13-megapixel sensor with auto-focus and a dual-LED flash. Some of the photos included in the above gallery were taken with HDR enabled, and some were not. All you need to know about the Moto X in this department is that it’s good enough to replace any average point-and-shoot camera released in the last five years. The front camera is surprisingly good for selfies, too, even at night time. No front flash, though, so that’s one caveat. Now, here’s where things get a little bit more interesting. Yeah, we know, the Moto X already seems plenty interesting as it is. But what really makes it rise above many of its competitors are the various convenient software enhancements included by Google/Motorola to make it a truly compelling purchase. As we mentioned earlier, the Moto X that we had to review came with Android Lollipop pre-installed. It had been a while since the phone actually came out. Still, we were a bit surprised to find that there was yet another software update available for download. We got right on it and upgraded our review unit to Android version 5.1. The thing you need to understand about the Moto X in terms of software is that it’s smarter than your average smartphone. It doesn’t have needless hands-free gestures that will have you flailing at the screen from a distance like an idiot. Instead, it relies on intuitive and user-friendly software add-ons that only make life easier.

For example, the Moto X screen automatically wakes up and allows you to unlock it as soon as your hand hovers near it. Putting your hand in close proximity to the screen serves as a kind of wordless “open sesame” and never gets old no matter how many times you get to try it. This alone makes it a phone that most anyone will easily get attached to, but that’s not all. The Moto X also works perfectly with Google Now — which itself may not be perfect, but still works great — and once you add wireless accessories like those powered by Android Wear, then you’ll begin to understand how “smart” the Moto X really is.

It’s worth noting here that the only real addition to the stock Android software in the Moto X is Motorola-related sofware such as Moto ID. Otherwise, it’s pretty much running stock Android 5.1, and there’s no bloat whatsoever.

Of course, it’s worth pointing out that the Moto X is still pretty much an Android phone at its core, one that supports all of the latest Android apps and mobile games available at the Play Store.

We found the 2.5GHz Qualcomm Snapdragon 801 processor and Adreno 330 GPU combo on the Moto X to be capable of driving our favorite games like FIFA 15, First Touch Soccer, Asphalt 8, and other popular titles. And it never seemed to choke even with just 2GB of RAM. The only real limitation we found is the 16GB of internal storage, since it can’t be expanded with external memory cards. Require more than that and it’s a dealbreaker.

And as for battery life, we managed to consistently get two straight days of normal smartphone use, as well as almost 5-6 hours of continuous mobile gaming — while either Wi-Fi or data runs in the background. The Moto X tended to get hot sometimes, but only randomly. It seemed to depend on exactly what you do with the phone and where you do it, but it wasn’t really an issue. It may be old by modern technology standards (after all, it was first released late last year), but the Moto X with Android 5.1 Lollipop easily puts many “new” Android smartphones to shame. It puts the smart back in smartphone, and how.

If you’d like to experience what Android is really like first-hand, then look no further than this one. It’s guaranteed to be compatible with everything Android in the not-so-distant future. And the best part is, it will probably be even more affordable once the new model rolls around.