Launched in May 11, 2013, the 8.15 is Oplus’ 1st device that sports a quad core processor and BSI camera. I personally thought that the device is promising as it endowed with features on par, if not better, with other quad core phones from international and local competitors. I took the device out for a spin for a couple of weeks; and now, I’ve got the results you might need, especially if you’re planning to buy a quad-core phone with a lean budget. Like other flagship models of O+, the 8.15’s retail box is similar to 8.9‘s. It’s placed in a cardboard box with minimalistic designs on it. The specifications of the device are listed at the back portion of the box. Aside from the phone, the box contains the following:

The device’s slate design is typical for a touchscreen ringer, but it isn’t technically something that was plucked out by O+ from the open market and had it rebranded. The design is proprietary to O+; designed in the US, made available for Filipinos.

It’s bezel is chrome coated, which gave me an initial feeling that it isn’t entirely plastic. It felt very sturdy and has an acceptable heft, which granted an impression that it’s worth your money. On top, you will see the micro usb slot and 3.5mm headphone jack. The supplied 3.5mm headphone works well on the device, but my other headphone failed to work. Please note that if you want to use a 3rd party headphone, get a 2-band/ring 3.5mm headphone. 3-band headphones will cause Usher or JT to sound like they’re gargling. The device has 2 mics – one at the bottom part of the phone (see picture above), and one at the back just below the camera (for noise cancellation and audio capture purposes). You will see the volume rockers on the left side of the phone. The Sleep/Wake button can be seen on the right side of the phone. As this phone categorically falls in the phablet category, O+ did a good job in placing this button on this side. Its 5inch HD IPS screen sits gorgeously infront. On top of the screen you will find the light notification, proximity and light sensor, plus the 2mp front-facing camera.

The HD IPS screen has an extra high density of 320 dpi (about 294 ppi), with resolution of 720 x 1280. It can register up to 5 multi-touches. Its screen is not OGS (one-glass solution), but you will love how the colors and icons pop out on the screen. Viewing angle is acceptable too. And you will be happy to know that the screen is scratch resistant as its screen is made up of Dragontrail glass. O+ is very specific in positioning their products – your affordable alternative to Samsung’s devices. I can definitely vouch for this as evidenced by 8.15’s hardware specifications, build and design. The 8.15 has everything it takes to battle some of Samsung’s devices, especially the Galaxy Win (I8550), which is sold PhP5,000 more expensive than the former.

Obviously, the table above shows that the 8.15 has the clear advantage over Galaxy Win. Its Cortex-A9 processor is more powerful and energy efficient than Win’s Cortex-A5 processor. In the local competition scene, the 8.15 also has better processor compared to MyPhone A919i and Cherry Mobile Skyfire 2.0, which have a quad core Cortex-A7 and Cortex-A5 processors respectively.

The phone is really fast and very responsive. The performance is not just caused by its processor, but also because of its preloaded and much-enhanced Android Jellybean 4.2.1 OS (out of the box). For the purpose of comparison, Galaxy S3 has an Antutu Score of 16301 while the Meizu MX 4 Core has 11945; the 8.15 scored 12985. I tried playing Real Racing 3 on this device. I can definitely say that its PowerVR SGX 544 processor truly kicked in. There were occasional slow downs on frame rate but it’s just natural as its 1gb ram is quite limited, but definitely not insufficient for hardware-requirement-heavy games.

Battery is impressive too. During my moderate usage test, I made 2 calls (with an average of 3-minutes per call), sent and replied to over a total of 30 SMS, checked-in several times using Foursquare and browsed through my Facebook and Twitter walls for a total of 40 minutes, played Slotomania for 10 minutes and took several pictures and videos.  Despite its Air Shuffle feature and Edge Data connection on all the time, I did not find any unnecessary wakeclocks when I checked the battery usage graph. After 5 days of moderate usage, battery was at 23% level. 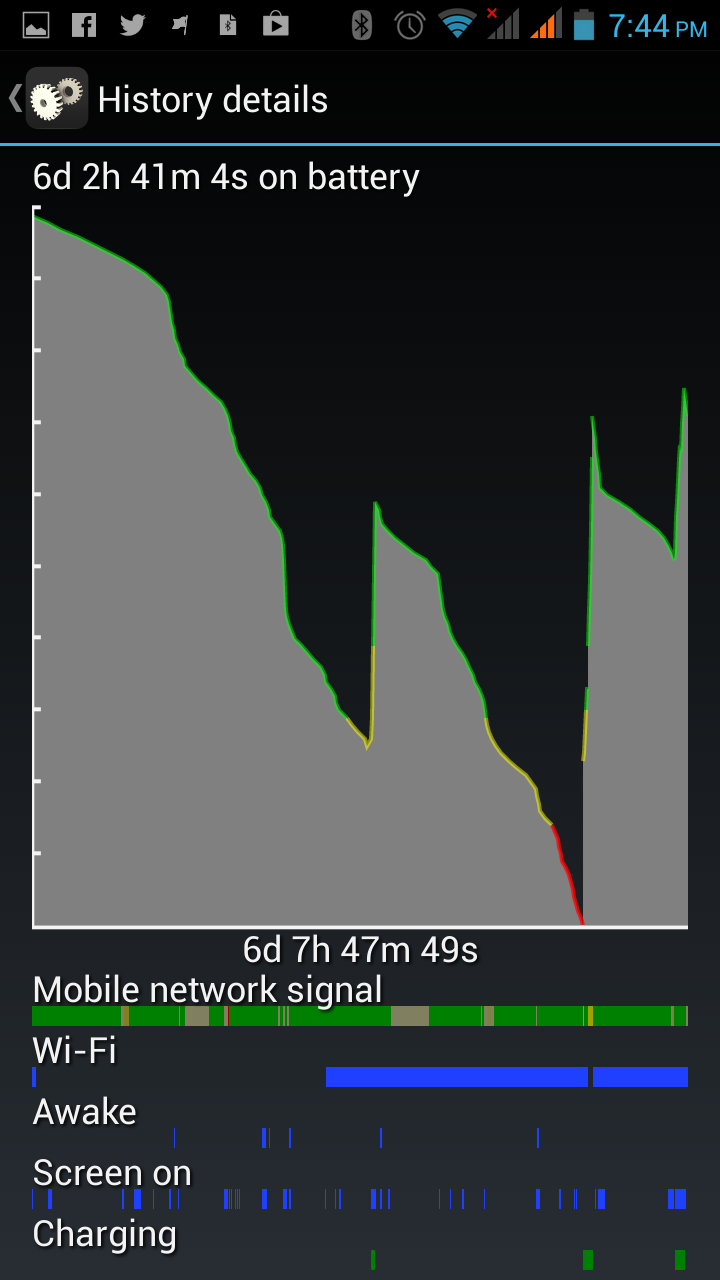 Just like the other Android phones of O+, this phone also has Air Shuffle. With this feature, it gave me the pleasure of browsing my gallery and music and take pictures with a simple wave of a hand.

USB On-The-GO (OTG) is working really well on this device out of the box. I was able to test this using the OTG cable plus the 8gb USB disk I use on my Note 2. This feature effectively beefs up the expandability of this phone’s memory. I enjoyed this a lot as I usually save my favorite TV shows on my USB disk.

The camera is equally impressive, thanks to its Back-illuminated sensor (aka Backside Illumination or simply, BSI). O+ does not use the stock Android camera app, but they use a proprietary one instead. The camera can shoot 720p HD videos. It also has EIS or Electronic Image Stabilization.

[No flash] Shot taken outside with good light source.

When buying a quad core device, you’ve got to be mindful of 2 things:

For a hand-on look at the 8.15 plus commentaries, check out one of our Big Time Show episodes below. Discussion about 8.15 starts at 20:40: