This morning at 2:00 AM (10:00 PM, March 2 in Los Angeles), the top honcho of Apple, Steve Jobs, announces the sequel to last year’s machine that defined the tablet computer category – the iPad 2. Spoiler: I didn’t get to ace all my iPad 2 predictions I wrote in my last article.

BUILD. 33% thinner and 15% lighter – no we’re not referring to Steve Jobs – the iPad 2, in its slightly redesigned look indeed boasts a thinner and lighter build. It is thinner that the iPhone 4 and really looks better that its predecessor.

There’s nothing new with the size of the screen. It is still 9 inches in height and 7 inches in width.

SENSORS. It still packed with Accelerometer but it’s complemented with 2 more sensors which the iPhone 4 and the latest iPod Touch have – the Gyroscope and Compass. With the addition of the latter, we can imagine better gaming experience on the iPad 2. CAMERA. One (…or I should say ‘Two’) of the biggest leaps of the iPad 2 from its predecessor is the inclusion of not just one but two cameras. Its front-facing camera is just a timely inclusion to make way for Apple’s celebrated video chat feature, Facetime. As tablet computer competition heats up, Apple has done a great job in also including a rear facing camera that is capable of shooting 720p HD video. 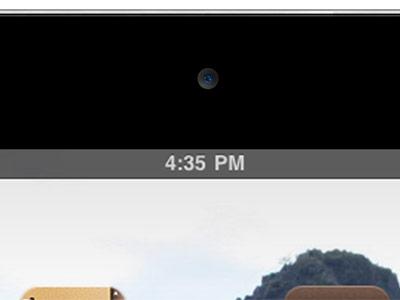 PERFORMANCE. Perhaps the biggest and best change among all is the new iPad’s core processor. The iPad 2 now has the “mind” of a genius and a “heart” of a lion, thanks to its 1GHz dual-core Apple A5 custom-designed, high-performance, low-power system-on-a-chip. Putting the latter inside the new tablet is like injecting a vial of pure adrenaline into the old iPad, pushing it to perform 8 times faster.

BATTERY LIFE. Apple deserve a standing ovation with regard to the battery life of the new iPad. Given its faster processor and inclusion of two cameras, Apple managed to maintain its original battery life up to 10 hours of surfing the web on Wi-Fi, watching video, or listening to music.

The announcement was indeed huge. I was honestly expecting more, but I felt satisfied in the end. I was waiting for Steve Jobs’ famous One-more-thing line, but to my dismay, it never happened. My satisfaction level was already full anyway.

Catch our unboxing and review of the iPad 2 next month only here at Gadget Pilipinas.

Why am I excited with the next iPads?