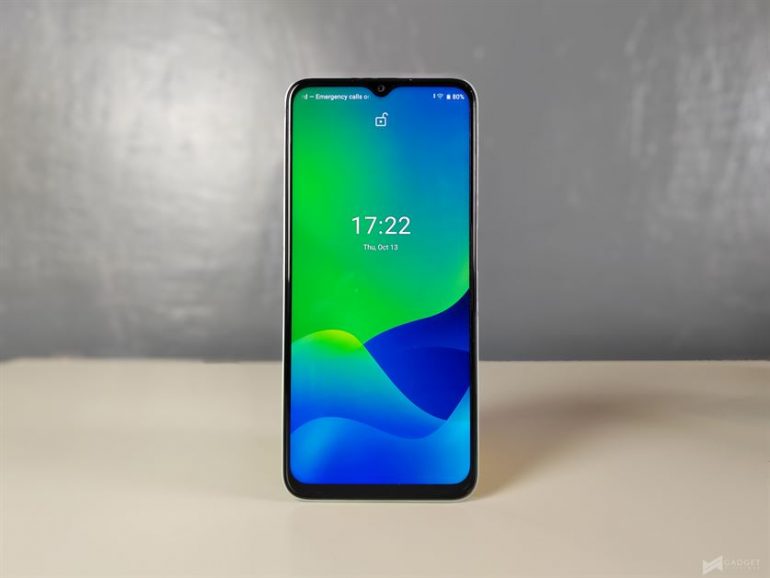 It’s a good option for the price. Though if you prioritize performance, there are better options for just a bit more.

realme C35 uses flat sides and curved corners, which a lot of other brands have been going for. I like it since gives the device a premium look and feel. The back also looks great with the transparent camera island and the simple realme branding at the bottom.

The power button, which is also a fingerprint scanner is on the right, while volume rocker and SIM slot is on the left. You also get a USB-C port, which is a good-to-have on an entry-level device, and a headphone jack.

It uses a 6.6-inch Full HD+ display with standard 60Hz refresh rate and 180Hz touch sampling rate. It’s good for media consumption, though colors aren’t as punchy. Visibility under direct sunlight is decent, if you turn it up to max brightness.

realme C35 is powered by a Unisoc T616 processor, which offers decent performance for day-to-day tasks, and depending on what you play, can also work well for a bit of gaming.

Mobile Legends, for example, runs smoothly on High Frame Rate + High Graphics settings with no issues. Call of Duty Mobile, on the other hand, will run well on Medium Graphics + High Framerate settings. The phone does warm up a bit, but not to a level that it’s uncomfortable.

You also get 4GB of RAM, which is common for entry level devices and should allow for light multitasking, and 64GB of storage, which may still be on the borderline of being not enough, but it’s pretty much what you’d expect at this price point. Fortunately, there’s a 128GB variant available as well.

realme C35 has a 50MP main camera and two auxiliary sensors for macro shots and depth sensing. Quality of our sample shots are surprisingly good when you consider the price.

Dynamic range is decent, and the level of detail is more than satisfactory. There’s no Portrait Mode on the front camera, which is a letdown, but I guess it’s not really much of an issue considering the price.

reame C35 runs realme UI R Edition, which is a lighter variant of its Android skin. The look resembles stock Android, though there are several pre-loaded apps. Most of which, you’ll be able to uninstall. Performance-wise, things are snappy for most of the time.

realme C35 houses a 5,000mAh battery, which scored 14.5 hours on PCMark’s Work 3.0 benchmark, which simulates tasks like data manipulation, web browsing, and video playback, and more. In theory, you should get

At the time of writing, the realme C35 is available via realme’s Lazada store for PHP 7,599 for the 4GB+64GB model, which I think is a decent price for what it offers. You get a premium look, decent performance, good optics, and great battery life, basically, this checks most of the boxes for a good entry-level smartphone. On the other hand, the processing package could be better, and the lack of portrait mode on the front camera is also a downside.