Almost 2-years after the release of the RTX 30 series and the COVID-19 pandemic, prices of PC components particularly GPUs have not yet gone back to the official pricing. Because of that, we’ve slowed down our Gaming PC Build Guides as prices remain exorbitant. In some segments, however, some PC components now have lower prices compared to their peaks as new technologies are released in the form of new CPUs and motherboards from AMD and Intel. That said, the RTX 3060 line has settled within the Php 30,000 mark making it a viable GPU in a budget build. This build guide will also follow a general white theme as we will be using the Galax GeForce RTX 3060 EX-White. The AMD Ryzen 5 3600 remains to be one of the best budget midtier CPUs in the market despite the release of the latest Ryzen 5000 and Intel 12th Generation Alderlake CPUs. This is mainly due to the overall platform cost associated with the latest generation of CPUs particularly the motherboard and for Alderlake, DDR5 memory. The Ryzen 5 3600 is our CPU of choice in our Php 50k Gaming PC Build and remains to be in the 70K budget tier as the Ryzen 5 3600 can handle most triple-A titles at high settings with decent framerates.

Alternative: The Ryzen 5 5600X is a decent alternative especially if you require more CPU processing power as it has better IPC than its predecessor. Do note that there’s a Php 5,000 to 7,000 premium should you upgrade to the 5600X making the PC build cost a total of Php 75,000. The ASRock B550M Steel Legend is our go-to motherboard for numerous builds ranging from budget to performance-centric ones as the ASRock B550M Stee Legends sports a good balance between features and price. mATX remains our choice for a compact build and to save on the Php 2,000+ premium for a full-sized ATX motherboard. 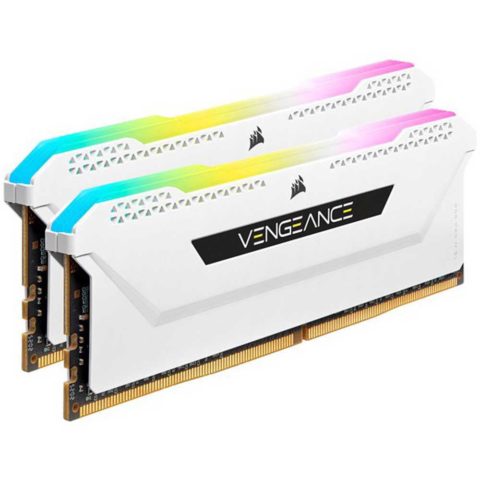 One of the main reasons why we chose the Corsair Vengeance RGB Pro SL White is to remain consistent with the overall white aesthetic. While there’s not much white-skinned RAM available in the market, Corsair is proven to be one of the more reliable brands as well as its availability in most countries. We’ve settled with a 3200 Mhz kit instead of a 3600Mhz mainly due to budget constraints. Moreover, the Php 70k PC Build is geared towards gaming so a 3200Mhz will suffice.

Alternative: A 3600Mhz kit is a great upgrade if you’re looking to do some productivity-related tasks aside from gaming. A cheaper alternative would be non-RGB variants to save you some bucks without losing any performance. Two years later since the release of the RTX 30 series and the COVID-19 pandemic, GPU prices still haven’t gone back to launch SRPs despite having various models at different price points and having alternatives from team red. That said, we’ve decided to settle with the current stable prices to produce a new build guide that can play the latest triple-A titles such as Cyberpunk 2077 and Far Cry 6. The RTX 3060 specifically the Galax RTX 3060 EX White is our main choice that perfectly fits our budget. Galax is known to have one of the best price-to-performance among GPU brands and the Galax RTX 3060 EX White proves it in our recent review. The Galax RTX 3060 EX White is also one of the few white GPUs available in the market. Moreover, the RTX 3060’s premium over the RTX 2060 and other similarly priced GPUs whether its brand new or second hand is more than worth it as you’re getting a brand new graphics card with a warranty which is very essential considering the current GPU outage. Getting the latest RTX 30 series also means better longevity for your gaming rig meaning you won’t have the need to upgrade compared to using last-generation cards.

Alternative: There’s always the second-hand market for great deals though you must be aware of the risks. The Galax RTX 3060 Ti on sale at PCHub for Php 34,999 is a great alternative for Php 5,000 more as it offers more performance provided you have the extra budget. We’ve always used 512GB as our base capacity for our build guides to provide the user the flexibility and the option of going for either faster storage or more capacity via HDD. Either way, SSDs are one of the easiest PC components to upgrade and one of the least hassles to install. We opted for the Kimtigo KTP-650 512GB NVMe SSD as our boot drive having recently reviewed it.

Alternative: Other 512GB NVMe SSDs are a great alternative and won’t really affect performance in games. Depending on your budget, you could opt for a 1TB SSD out of the box or just upgrade later on. Moreover, a 1TB hard drive is also a decent option if you’re really want to save up. There’s also a 240/256GB SSD + 1TB HDD combination to get that fast SSD boot drive and large storage for games. 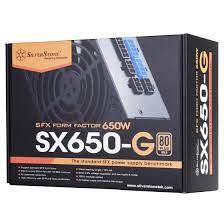 Considering our budget and size requrements, the Silverstone SX650-G SFX 80+ Gold PSU fits our needs as the SFX PSU is more than capable of supplying power to the RTX 3060 and can even fit an RTX 3070 not to mention its 80+ Gold rating for reliability.

Alternative: For this build, a 500W is sufficient for the build but we insist on getting a 650W Gold PSU for future compatibility and reliability. The Galax Revolution 03 Case is a newly released mATX slash ITX case similar to the popular CoolerMaster NR200P and Tecware Fusion but sports its own twist like the RGB strip on the front of the case. The case can be configured to house different combos of mATX motherboard, ATX PSU, ITX motherboard, and SFX PSU. The GPU can also be configured in a vertical orientation but we decided to use the regular configuration as the vertical orientation required an additional cost of getting a GPU riser cable.

Alternative: Any ATX , mATX, or SFX case that could fit your budget, just be mindful of the clearance if you want to upgrade later on.

We used CapFrameX version 1.6.6 as our benchmarking tool. Nvidia 496.49 drivers were also installed. We benchmarked the Ryzen 5 3600 + Galax RTX 3060 Gaming PC in both 1080p and 1440p resolutions to give you an idea on how a similar build would perform should you get the same core components. Counter Strike Strike: Global Offensive aka CSGO is a 10-year old first-person shooter title that’s still widely popular despite its old Source Engine. CS:GO is a great game to test out CPU performance as the game is heavily CPU-dependent like any other FPS title. Our CS:GO benchmark process uses ULLETICAL’s FPS Benchmark workshop mod to measure the hardware’s performance. Samsung Galaxy S22 Series: Everything You Need to Know