The satisfaction of owning a Samsung Galaxy Note20 Ultra

If you own a Samsung Galaxy Note20 Ultra, there is a high chance that you’re one of the few who worked their up to afford a premium smartphone. PhP67,990 is enough for you to get yourself a Ryzen 3 or 5 desktop computers with a monitor or can let you own up to 3 Samsung Galaxy A71! This article isn’t some guilt trip or anything that nags “you could have given the money you spent on a phone to help other people”. You earn it, so use it to your delight.

There is a different kind of satisfaction of owning a Note20 Ultra. This is coming from someone who practically owned all the variants except for the infamous Galaxy Note 7. Please don’t ask me more about it because I have already addressed it many times on this website. The Galaxy Note series is a product born from necessity and innovation. Over the past ten years, Samsung has undergone essential and crucial processes of bringing about an iconic and memorable piece of a consumer device. This, in itself, is an indirect satisfaction that Galaxy Note owners around the world – i.e., they hold a device that has undergone several iterations and has been perfected to suit their needs. I have been using a retail version of the Galaxy Note20 Ultra for a week now, and it has been a great experience so far! Unlike you, I only have until November to use this because reviewers, like me, get a limited time to use loaned gadgets for review purposes. Come November, and I would have the option to buy one at a retail store or wait for the next iteration so I can try it out once again. 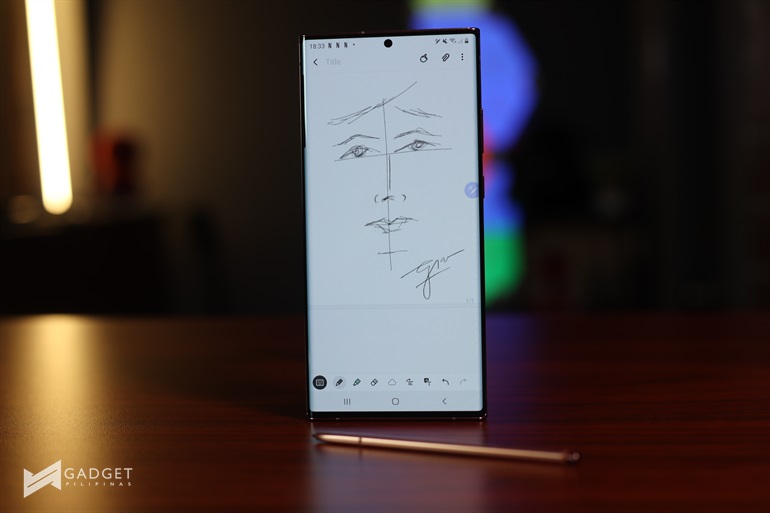 Galaxy Note20 Ultra bears significant upgrades from the Galaxy Note10+: S-Pen with 9ms response time, adaptive display up to 120hz and significantly better set of cameras. Yes, we have this regional concern of not having Qualcomm Snapdragon-variants, but that is something we have to address in another article.

It’s all about responsiveness.

Responsiveness comes in many ways!

The significant upgrade on display responsiveness and S-Pen input latency are huge deals for note users. Playing games, reading and writing are among my best experiences on the Galaxy Note20 Ultra. Games feel much smoother to play with its 120Hz refresh rate. While it’s not the fastest in the market right now (ROG Phone 3 is currently the king in terms of refresh rate at 144Hz), it offers the best combination of responsiveness and color accuracy on a smartphone. The 9ms response time of the new S-Pen is a big deal, which puts it already at par with the one on the new iPad Pro. Galaxy Note20 Ultra is the only smartphone in the world that can do what the current iPad Pro can when it comes to empowering creatives. A glaring caveat that is worth mentioning

Without a doubt, the cameras of the Note20 Ultra are better than its previous generation. However, it is worth noting that it’s a downgrade compared to the Galaxy S20 Ultra. While ‘ultra’ is now synonymous to being “the best” or ” Crème De La Crème, it is unavoidable to compare it from its other flagship releases. This is a different case, however, if you’re the target market of the Note20 Ultra or you’ve been a user of the series. The fact that it’s an upgrade from its previous generation is reason enough to buy one!

The Galaxy Note20 Ultra captures a specific niche and economic class. If you happen to own one, you have the privilege to enjoy all the right features it carries for the next two years! If you’ve been thinking about buying one though and you have all the right reasons to justify your purchase, then indulge!

The Samsung Galaxy Note20 Ultra is now available for PhP67,990!