The full moon this April 2019 is called Pink Moon, and I just cannot wait to see it in full detail. It is scheduled this Friday, April 19, 2019; and for moon gazers, you should be out at exactly 7:12PM. Photo by Michelle Reid on Unsplash

Why is it even called Pink Moon?

It wouldn’t exactly appear Pink, but it’s a term coined by Native American tribes because it happens just before ‘pink moss’ or ‘moss pink’ starts to appear. The plant is a species of flowering plant in the family Polemoniaceae, native to eastern and central USA. 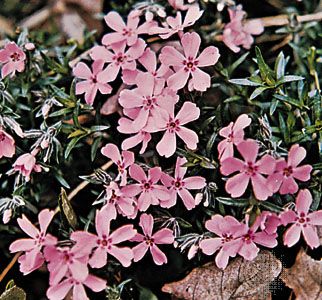 I am still hoping for it to appear literally pink though. It’s the time when the moon is located at the opposite side of Earth as the sun. This means that its face is fully lit, and basically at its photogenic looks.

We also consulted with Mikael Angelo Francisco of FlipScience.ph, and he confirmed that science checks out. Mikael added:

“Other cultures call it the Sprouting Grass Moon or the Egg Moon. Some coastal tribes in the northern US call it the Fish Moon, because its appearance signals the time when the shad, a type of fish highly valued in recreational fishing, swim upstream to spawn.”

“Another interesting fact about this year’s Pink Moon: It’s the reason why we’re celebrating Easter Sunday on April 21. Each year, the Church celebrates Easter on the Sunday immediately following the Full Moon that falls on or after March 21 (meaning that if the Full Moon falls on a Sunday, Easter is celebrated one week later). This is based on the Church’s own lunar calendar, which may or may not coincide with the vernal equinox (the beginning of spring in the northern hemisphere). Granted, that’s not really significant here in the Philippines, but hey – at least we get a lovely view of the Moon as a result!”

What’s the best way to “immortalize” this breathtaking view of the moon?

There are various ways to take photos of the moon. Some use sophisticated cameras and lenses, while some simply use smartphones. We’re recommending gears and specific settings on DSLRs, but we recommend that you tweak it as there are many conditions that affect taking photos of celestial objects.

Whatever you’re using – be it DSLR with telephoto lens or Huawei P30 Pro 50x digital zoom, the recommended settings are as follows:

This article will obviously be updated. We’ll try our best to post a photo with our recommended settings. If you have anything to add, or tips that will help everyone take gorgeous photos, please don’t hesitate to share them in the comments section below. For now, let’s hope that it wouldn’t be too cloudy this Friday so we can see the pink moon clearly.