While Huawei is more known for its mid and high en d devices, the company also has its eyes set on covering the lower end of the spectrum, with phones like the Y6 (2018), aiming to bring the brand’s expertise in smartphone photography to a broader audience. The question is, have they succeeded in doing so? let’s find out in this full review. At first glance, the Y6 (2018) looks very similar to the Nova 2 Lite. Everything from the display, the body, the matte finish at the back, and the branding, it seems as if it’s a toned-down version of it. Thanks to its slim profile, the phone is quite easy to hold and operate with one hand. Up front, you get a 5.7-inch display with HD+ resolution, which is kind of expected for a device at this price point. As expected, the screen isn’t as fun to look at, colors seem a bit pale, though visibility in direct sunlight is decent. The Y6 (2018)’s buttons are located on the right section, while the left houses the triple slot tray. Up top is a headphone jack, and at the bottom is the standard microUSB port and speaker. The back houses the 13MP rear camera, along with the usual branding. The Y6 (2018) doesn’t have a fingerprint scanner, so you’ll have to use the more traditional ways of unlocking the device, or just use facial recognition. Despite having only 2GB of RAM, the Y6 (2018) is a phone that should handle the usual tasks with no major issues – be it social media, watching videos on YouTube, listening to music, and more. Heavy multi-taskers on the other hand, may opt to look out for other options. As for gaming, you can play titles like Arena of Valor and Real Racing 3 at decent frame rates, but not PUBG Mobile. Even at its lowest settings, the phone just couldn’t handle the game, and just simply hangs at some point after you land on the map. There’s noticeable heat build-up at the back of the device, but not enough to cause alarm. Photo quality from rear camera is surprisingly decent for a budget device. Details are fair, and color accuracy is on point. Focus does need more work though. The front camera can also take detailed selfies, as long as there’s good lighting. Unfortunately, it does take a bit of time to preview photos, kind of annoying. The Y6 (2018) runs on EMUI 8 on top of Android 8.0 Oreo. While navigating the UI is generally smooth, it does need a bit more work on optimization, as there are still occasional stutters in menus. 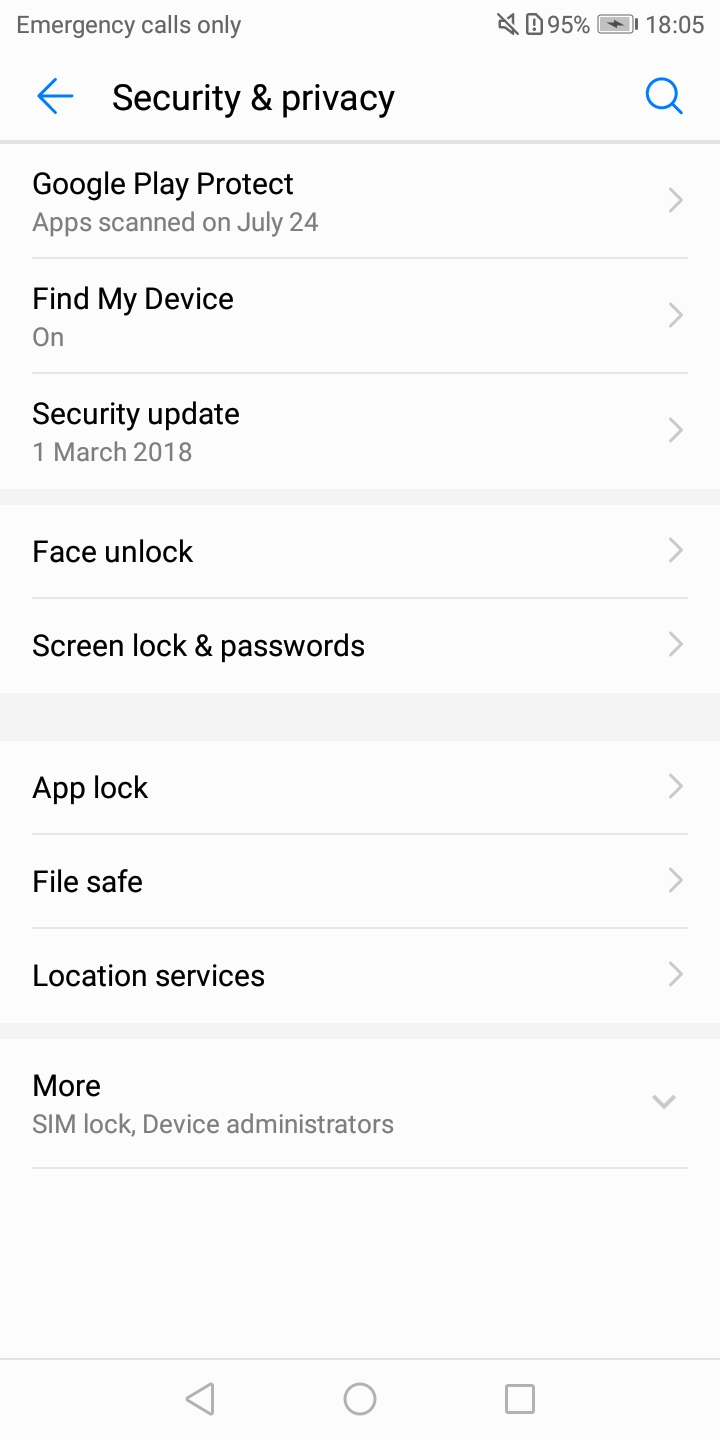 It supports double tap to wake, which is a nice touch, and Face Unlock, which fortunately works fast, but can be a hit and miss in low light. You can set the display’s color temperature and have the device automatically adjust its screen resolution to increase battery life. Speaking of which, the Y6 (2018) may only have an average battery life, at least from what the benchmark says, but in a real life usage scenario, it should be able to hold out for a day of light to moderate use.

Huawei Y6 (2018) Review
Our Verdict
At only PhP5,990, the Huawei Y6 (2018) is a decent attempt from the company to enter the budget-segment of the market, and delivers its promise of bringing its expertise in mobile photography to a more affordable package. Add to that, the phone is well-built, and can handle quite a bit of gaming as well. On the other side, 2GB of RAM doesn't sound so appealing, even for its price, the lack of a fingerprint sensor isn't a big deal personally, but the software does need a slight bump in optimization. That being said, the Huawei Y6 (2018) is still a good buy, and is perhaps one of the better camera performers in its price point.
Design and Build Quality
Performance
Camera
Software
Battery
What's Good
Well-built
Decent gaming performance for a budget device
Surprisingly good camera performance
What's Not
No fingerprint sensor
2GB of RAM is unappealing, even for a budget device
Software needs more optimization
Only average battery life
3.8
huaweihuawei y6 2018
1 comment 0 FacebookTwitterPinterestEmail
previous post

AOC Takes the Crown of Number 1 Monitor Brand in PH for 2017!

Get a Chance to Win Exciting Prizes in Sony’s Party-Oke Challenge!