Lenovo K8 Note and K8 Plus Launches in PH: Dual Cameras on a Budget

Continuing its mission of providing Filipino consumers with devices that deliver a premium mobile experience at budget-friendly price points, Lenovo has recently launched two new members of its K-series lineup: The K8 Note and K8 Plus. 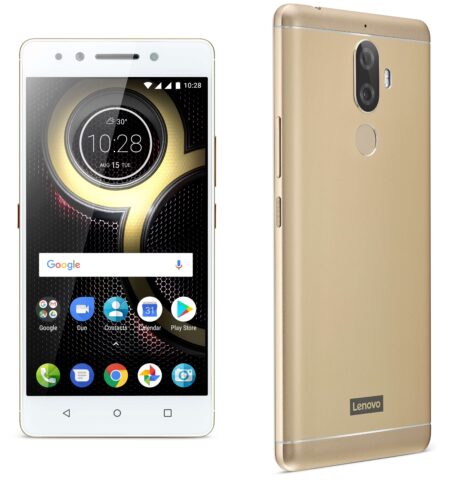 The Lenovo K8 Note sports a sleek all-metal unibody design, and has a 5.5-inch Full HD display with Gorilla Glass and anti-fingerprint coating. It’s powered by a deca-core Helio MediaTek Helio X23 processor clocked at 2.3GHz. It has 4GB of RAM, 64GB of storage, and a 4,000mAh battery compatible with rapid charging.

The K8 Note has a dual rear camera system composed of a 13MP main sensor and 5MP depth sensor. This combination allows users to take pictures with great quality and an enhanced depth of field effect. There’s also a 13MP front camera for selfies. The Lenovo K8 Plus has the same display resolution and protection as the K8 Note, only slightly smaller at 5.2-inches. At the helm is a MediaTek Helio P25 octa-core processor clocked at 2.5GHz, 4GB of RAM, 32GB of storage, and a 4,000mAh battery also capable of rapid charging.

Like the K8 Note, it also has a dual rear camera system, composed of 13MP + 5MP sensors. Users can tweak focus and adjust the intensity of the depth of field effect. The 8MP selfie camera also features a professional mode that lets users tweak individual elements of each shot like ISO and white balance.

The K8 Plus also features Dolby Atmos technology for superior audio quality, along with a dedicated music key, reminiscent of those popular media-centric phones a number of years back.

Both phones run on Android 7.1.1 Nougat out of the box, with an assured update to Oreo.

The Lenovo K8 Note and K8 Plus retails for PhP13,999 and PhP11,999 respectively. Both are exclusively available at Lazada.

As part of Lazada’s Online Revolution happening from November 9 to December 12, 2017, both devices will be available at special prices: The K8 Note for only PhP8,999, and the K8 Plus for only PhP7,999!