Back then, it was a matter of which smartphone could produce a quality picture or which could have it more zoomed. OPPO launched the F1 Plus and changed this movement into extra feature. Now its latest smartphone come with Selfie Expert. Priced at P21,990, F1 Plus comes with a 5.5 inch display with a resolution of 1920×1080 pixels. It doesn’t only boast its sharp and vivid display, but also its 13 MP rear camera with LED flash, and a 16 MP front camera that explains why they dubbed it “Selfie Expert”

Undoubtedly, one can argue that OPPO F1 Plus has similar looks with the iPhone 6s. However, I was blown away more than how iPhone 6s captivated me when I first opened the box. It comes with a classy packaging that reminds you of minimalist Scandinavian design and the phone has a full metal-glass facade. What’s more surprising is the fingerprint Touch Access of the home button which is fast and accurate. The placement of the slots and buttons, especially the power button that is placed on the right side and the volume buttons that are on the left, are similar to that of the iPhone 6. Altogether, the phone lives up to the year it was created – 2016. The built is superior and the design makes you forget about its 16 MP front camera.

The OPPO F1 Plus is powered by a 2 GHz Octa-core MediaTek Helio processor coupled with 4 GB of RAM. There’s also 64 GB of in-built storage which is expandable to 128 GB via microSD cards. 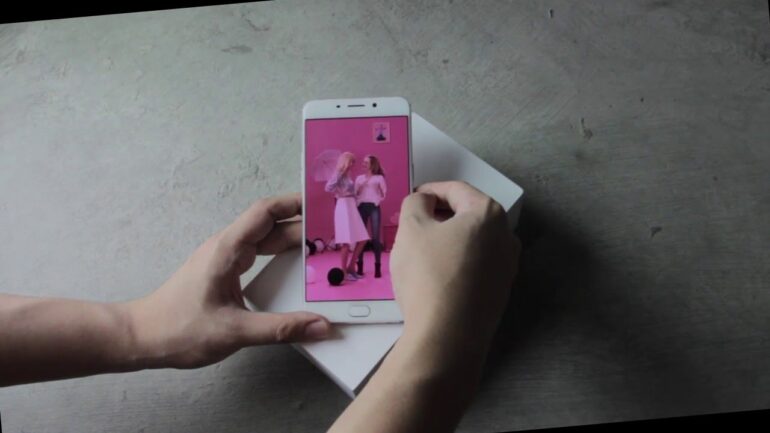 Although I found the first boot up quite longer than expected, everything else went smooth. It performed fast in terms of clicking, scrolling, and dragging. I honestly didn’t experience any short lag at all. Plus points to the multitasking capability of the F1 that doesn’t slow down unlike most phones.

Gesture controls – I’ve been wanting this feature to be included in the 2016 anticipated phones. Luckily, F1 Plus integrated this feature where you can draw a certain letter, perhaps “C”, which opens up the camera.

F1 Plus’ performance was a flash. It’s a surprise to see that kind of speed and precision packed in one smartphone.

The cameras of the phone made me happy. The back camera took details and shadows just fine, but at times I thought the noise was pretty overwhelming. The front cam is a killer – the image quality when taking selfies can win you photography awards. The color correctness was fine, especially in outdoor well-lit setting. This is made better with the additional beauty feature that makes images better. Besides the It has the ability to shoot in timelapse, double exposure, and expert. In a nutshell, we were very impressed by the OPPO F1 Plus smartphone during our time with it. We feel that the price of PhP21,990 is just right given the ideal specifications and amazing quality of the phone. Plus, with its overall look and classy design, it adds more class value to the beholder. GMV

Watch out for Netflix’s new shows!