Kata in recent memory is nothing if not prolific. The release of the company’s latest smartphone, packed with many of today’s top entry-level Android features, only proves that. In this review, we’re taking a look at the Kata i3 LTE — or Kata i3L — a phone that’s headed straight to the hands of budget-minded consumers with an affinity for jolly green robots. 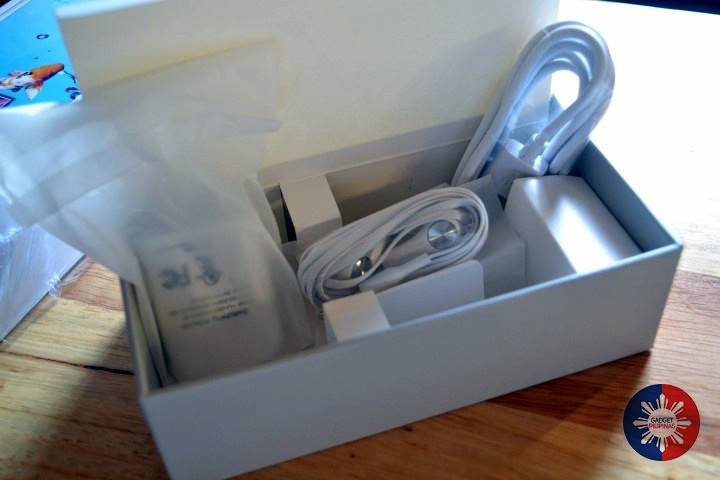 And here are the contents. Looks-wise, the Kata i3L is quite simple. It’s available in two colors, black and white, and it uses onscreen keys on the touchscreen display for menu navigation. Because of this, the Kata i3L only has three visible hardware buttons. These are the power button, volume up button, and volume down button. It uses a plastic battery cover with a plain rendition of the Kata branding. Plus, its sides are lined with a somewhat chromey aluminum material, adding a little bit of sophistication to its looks.

Up front, the Kata i3L features a 5-inch HD IPS touchscreen display. As we’ve mentioned earlier, it shows onscreen menu keys for Android. Above the display, there’s a front-facing camera, as well as a few sensors for proximity and ambient light. There’s also an earpiece of this same location for use with the occasional phone call.

Below the display, you’ll find nothing since there are no capacitive touch keys. But further down, at the bottom of the phone, you’ll spot a pinhole for the built-in microphone. And opposite that, on the top, you’ll see a micro USB 2.0 port and 3.5mm headphone jack. The Kata i3L is lightweight and compact for a 5-inch phone, which means it’s easy to carry around and store in your pocket. But make no mistake, this phone is filled with some great features that you would expect to find on any dependable Android handset. And even though it may look unassuming because of its mainly plastic body, it feels surprisingly well-built. Its lightness really betrays its sturdiness. From the front, the most dominant part is the touchscreen display. And it will catch your eye for being bright and vibrant with its HD resolution and IPS panel. You won’t be disappointed with the viewing angles, and the screen also responds well to touches, taps, swipes, and pinches.

The display is not the most color accurate that we’ve seen, but the high amount of brightness really helps in making it look good under any lighting condition. With a little brightness adjustment, you should get used to the screen in no time at all. And then there’s the Kata i3L’s camera setup. At the back of the i3L there is a 13MP autofocus camera with LED flash. Meanwhile, there’s an 8MP camera up front. Both of these cameras perform best with good ambient lighting, but even indoors, they don’t disappoint.

The front camera is surprisingly good for selfies even when you aren’t outdoors. Photos come out looking brighter than you would expect them to, and even during framing you will see clearly what the final photo will look like after you press the onscreen shutter key. Zooming in, you’ll see a fair amount of noise, but nothing unexpected out a cameraphone.

We’ve only been able to use the cameras with the default camera app so far, but we can say that it doesn’t suffer from shutter lag or oversaturation of photos. As long as you can keep your hand steady while taking pictures, you should be satisfied with the camera performance here. Audio-wise, the Kata i3L uses a standard headphone jack to connect with external speakers. But like any good phone, of course, it has its own built-in speaker. It’s located at the back of the phone and near the bottom. Surprisingly, it’s actually quite loud, and even if you place the phone flat on its back, the sound won’t be muffled at all.

The speaker sounds good up until about 85% loudness. After that, it gets a bit tinny and not pleasant at all. At that point, you’ll be better off using external speakers or your own pair of headphones for extended audio sessions. We’re happy to report that most pairs of headphones that we’ve tried have worked without problems on the Kata i3L. And the sound is good enough even without the use of an amplifier.

As for connectivity, the Kata i3L offers a micro USB port. You can use this for both charging the phone as well as transferring data. And yes, in case the manual or retail box doesn’t say it, you can rest assured that USB OTG is a supported feature.

There are other connectivity features available on the Kata i3L. And as you might have guessed, they also work quite well. The Bluetooth feature allowed us to transfer a bunch of music files with ease, and the dual SIM feature with support for 4G data gave us a chance to connect to the Internet and browse our favorite web sites. Android 5.1 Lollipop comes pre-loaded as the default OS on the Kata i3L. There’s also a custom launcher pre-installed, and there’s no app drawer. All of the apps installed on the phone can be found on the Home screen. All you have to do to access them is simply swipe right or left.

Speaking of apps, the Kata i3L has a number of quite useful ones. It already has pre-grouped apps based on their purpose. There’s a whole folder for entertainment apps, which contains Netflix and access to a free VPN. There’s also a productivity folder, with room for a document editor. And as usual, there’s a set of pre-installed Google apps, good for anyone who wants to build their workflow around Android. In terms of performance, the Kata i3L makes the most out of its quad-core CPU and 1GB of RAM. For most normal tasks, you won’t experience lag or encounter any freeze-ups. It’s only when opening large files or accessing Full HD content that the phone seems to take longer than usual to show you what you want.

For gaming, the Kata i3L can handle all of the most popular Android titles, and even some HD ones. We weren’t able to test every single HD game, however, so your mileage may vary. Again, if you’re after the top free and top paid games on Android, you should be able to run them without issues on the Kata i3L.

The Kata i3L offers about 11.7GB of user available storage out of 16GB. Not a bad amount, and you can add more to it by using a microSD card, which you can put in at the back of the phone. A good chunk of the phone’s intenral storage goes to pre-installed apps, so you can’t really complain about that. However, if you don’t want to use those pre-installed apps, then that’s when they become a bit of a hassle. Incidentally, the place for the microSD card is also where you’ll be able to insert up to two SIM cards on the i3L. It can accept one micro SIM and one standard size SIM. 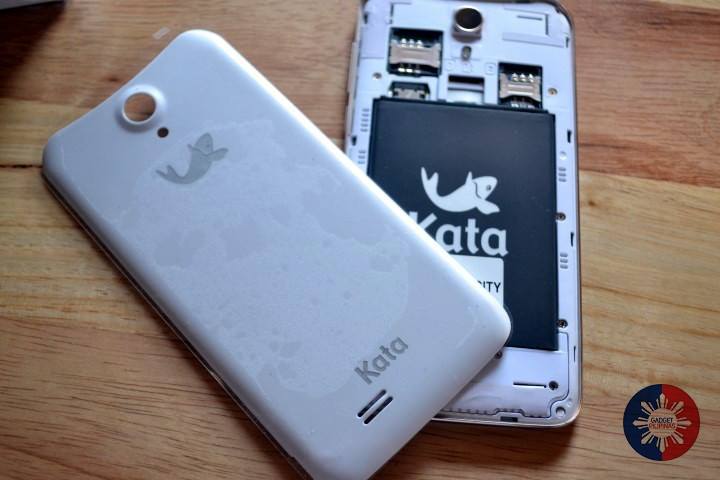 Basically, if you really intend to use the Kata i3L as a dedicated LTE Internet browsing or Internet connectivity phone, then it’s going to be hard to stretch out its battery for a full day of use unless you carry a power bank around. So just keep that in mind if you are looking to use this mainly for LTE data. On the bright side, the phone doesn’t get too hot when connected to the Internet, even for hours at a time. What the Kata i3L is should be obvious enough. But in case we still haven’t made that clear yet, this is a phone that offers an easy way to experience some of the most-needed Android features on a pocket-friendly package. And not only that, it’s wallet-friendly as well.

We’ve always thought that the ideal size for a smartphone touchscreen is 5 inches, and the Kata i3L fully supports that theory. It’s true that you have many choices in the 5-inch range, but not all of them comes with built-in dual SIM support and the ability to connect to the Internet at 4G speeds. There’s also the matter of the Kata i3L having a bunch of pre-installed apps, which you may either love or hate. For the most part, it’s not easy to get the hang of these apps, and in fact, some of them will allow you to do things that you can’t do on other phones right out of the box (such as stream Netflix videos on demand).

In the end, this phone makes a good argument for why it should be your first choice in its price range. But the decision, as always, is solely in your hands.