by December 16, 2015
Table of Contents
Review and Editing

For all the supposed “killing” that smartphones and tablets have been doing to other mobile computing devices these past few years, laptops are still around and, it has to be said, they’re still pretty far from being actually dead. Serious laptops are hard to replace with just tablets and phones, apparently.

That said, we were quite surprised to receive an ASUS PRO notebook recently for review. The lineup is comprised of notebook models that fall under either the PRO BU series or the PRO P series. Our review unit was a BU201 series model, with a speedy Core i5 series processor from Intel, 4GB of DDR3 RAM, 1TB HDD storage spinning at 5400RPM, and Windows 7/Windows 8.1.

Although only one of three different models that belong to the same series of notebooks, our ASUS PRO review unit looked and felt pretty representative of the lineup. And we mean that quite literally, since the entire series is decked out in one color only: black. The laptop has a textured finish with minimal ASUS branding. However, there are a few laptop stickers that indicate there’s more to it than meets the eye. 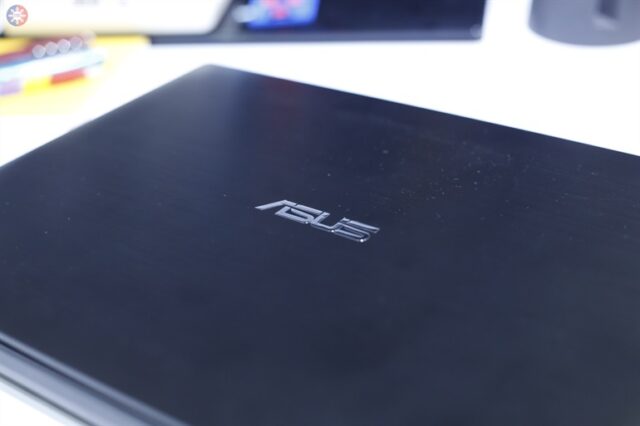 Looks-wise, the ASUS Pro notebook we tested gave us plenty of clues as to what kind of laptop it was. The first sign that it was a serious laptop — targeted towards serious users like owners of Small to Medium Businesses — was the fact that the color of the laptop was plain black. Second, it offered a lot of conveniences, like the large 14-inch LED-backlit screen, as well as the built-in HD web camera. It also boasts the following durability enhancements:

The ASUS PRO laptop we reviewed was also certifiably future-ready, due to the fact that it comes with not one, not two, but three USB 3.0 ports. It also has a single USB 2.0 port just in case you need it, but all of the USB 3.0 ports are, of course, backwards-compatible. And you know what else is backwards-compatible? The built-in optical disk drive on the right side of the keyboard. The display is non-touch and offers a native resolution of 1366×768. This is on par with many other 14-inch laptops that are out on the market today. In use, the HD-ready screen resolution worked well with Windows OS. Any and all menu navigation had to be done exclusively though the keyboard and touchpad/mouse. Speaking of the keyboard, the ASUS PRO uses a chiclet keyboard with dedicated function keys and support for extra commands via a built-in Fn button. Using the keyboard for typing out articles, emails, and chat messages proved easy enough. The chiclet keys offered about as much feedback as we expected, which isn’t much, but enough to give some proper tactile feedback. The keys are easy to reach thanks to fairly average-spaced gaps between them. And the touchpad seemed responsive, although still not preferable over a mouse. One thing that we liked about using the keyboard on the ASUS PRO was the fact that the placement of the touchpad didn’t get in the way of  it. On some other laptops, using the keyboard  might eventually end up in you accidentally swiping the touchpad and therefore registerering some extra commands and clicking on stuff that you didn’t mean to. But with the ASUS PRO, the touchpad and keyboard absolutely don’t get in the way of each other. This is the ideal situation for using any laptop, especially when it’s not on a desk. The key placement on the keyboard gave us no problems either. We got used to the positions of the keys within an hour of using the ASUS PRO, and we grew fond of the Fn-activated extra keys in less than a full day. By the time we realized this during our testing, we had figured out at least the following: that the ASUS PRO laptop is designed to be a straightforward mobile computing solution for anyone who wants to get some serious work done.

And for people who are trying to work, it’s important to get an Internet connection. With the ASUS PRO, this wasn’t luckily not a problem. There’s Bluetooth 4.0 connectivity on board as well as 802.11 b/g/n Wi-Fi. The last kind of port on the ASUS PRO that could also be counted as part of the connectivity is the built-in SDXC card slot near the bottom edge of the keyboard. This proved extremely useful for quickly transferring files from other devices like DSLR cameras on the go.

Now, it’s pretty clear that the ASUS PRO comes with a pretty good set of specs thus far. The question is, how well do the individual parts come together to deliver an overall performance? Well, based on various usage scenarios and random benchmark testing, we can say with confidence that this is a laptop that won’t leave you scratching your head because of freeze-ups or lag in all but the most resource-intensive computing tasks. The ASUS PRO gets on with its mobile Intel Core i series processors and DDR3 RAM to handle the Windows OS with great ease. The ASUS PRO actually boots up with Windows 7 by default. But it comes with installer CDs for Windows 8.1 and the necessary drivers, so immediately you’ll be able to see and feel for yourself how well it performs under each of those two OSes.

For us, using Windows 7 on the ASUS PRO seemed like the wrong thing to do. So we upgraded the OS to Windows 8.1 as soon as we had a chance to. The result was us having a laptop that was up-to-date and able to deliver a noteworthy performance, especially for a “business” model. Update: We finally got an update notification. Even with that, though, the performance was impressively satisfying. Whether for watching HD movies, browsing the Web, streaming online music, or playing the occasional PC game, the ASUS PRO just worked. There were times, during multitasking, where we had to wait a while for the laptop to do its thing, but this is still acceptable for the kind of laptop that the ASUS PRO aspires to be.

The ASUS PRO laptop only uses HDD storage so it’s understandable that the speed of tasks and reading data is still not as fast as it could be. But taken with the many other factors that should affect one’s judgment of any laptop, this isn’t and shouldn’t be considered as a dealbreaker.

One of the factors that made us really overlook many of the perceived shortcomings in the ASUS PRO we reviewed was the fact that the battery could last us up to 10 whole hours of continuous PC use. Working through the Google Chrome browser over Wi-Fi, streaming HQ music on Spotify, keeping a chat program running in the background, and using about half a dozen others for various tasks like reading documents and editing images, the ASUS PRO laptop made good use of its removable 56WHr battery. This is a very respectable figure for battery life for any laptop, and with smarter use, we’re sure that it’s possible to squeeze more battery life out of it.

The ASUS PRO laptop deserves your attention for a number of reasons. First is the fact that it keeps the dream of the long-lasting business laptop alive. It’s capable to running Windows 8.1 and probably much later versions with no major issues whatsoever, and it comes with many conveniences that you can only dream of being able to match — much less replace — with a tablet or smartphone solution.

Another reason is that the ASUS PRO laptop lineup is quite affordable for what they bring to the table. Our review unit sits in the middle of the price range for ASUS PRO P series laptops, which is a little less than Php 40,000. For the owner of an SMB, this is a great price for what might end up being the designated “company laptop” for many years to come. And the ASUS PRO really is specced out to last for a while, especially the physical parts. So if you’re looking to invest in some worthwhile computing equipment, be sure to count in the ASUS PRO laptop that fits within your budget. We certainly would.

but where to buy?