Moto E is a fairly popular budget phone from Motorola as it offers a good all-around smartphone package for those who are looking to get into — or keep using — Android. This year, the Moto E has been refreshed as part of a renewed push to cater to emerging markets like the Phippines, where the interest in tech and consumer electronics is high but the purchasing power of the people remains mostly low.

The new version, called simply the Moto E (2nd-gen), comes with a bigger screen, faster processor, and better main camera, while still retaining its wallet-friendly price tag. Here in the Philippines, it’s priced Php 6,999, so it isn’t too expensive compared to other budget smartphones from local brands.

For anyone who might be considering a new budget smartphone purchase, what edge does the new Moto E have over its many Android-based competitors? Read this review to find out. 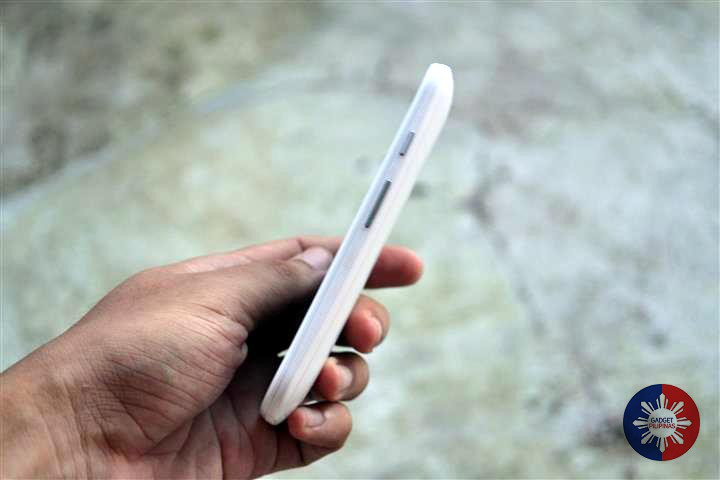 Compared to the previous iteration of the Moto E, the new one is bigger thanks to a 4.5-inch IPS screen. It still comes with the same qHD resolution, however, which means a native resolution of 540×960 pixels. The screen is not as sharp as it would have been had it used an HD panel, but at least the colors are good and the viewing angles are acceptable.

Design-wise, the new Moto E is very compact. There is no fluff whatsoever anywhere on its case, or any extraneous stuff that won’t help the user make the most out of it as an Android smartphone. In fact, the Motorola logo at the back is pretty much the only decoration visible at all, and there are no markings for capacitive touch buttons right below the screen. One thing worth noting here is the fact that the new Moto E does not have a removable battery cover. Its battery cannot be removed from its compartment — unless you have special tools — and to access the SIM tray and microSD card slot, you have to take off a plastic part that goes all the way around the phone at the back. It’s easy enough to take off, to be fair. There are no soft-touch menu keys on the new Moto E because you only get to use on-screen menu keys to navigate the menus and app options on Android. The small screen and low resolution means that you’ll often have to bring up the virtual keys manually by sliding up from the bottom of the screen, but it has a side effect of increasing the immersive experience when accessing stuff like the camera and other apps in Android.

The display may not be huge in a literal sense, but it easily plays the biggest part of the user experience with the new Moto E. For instance, when you are using the camera app, you have to tap on the screen in order to take a picture. And of course, you have to swipe either left or right to access either the camera settings or the photo gallery. It’s things like this that show how Motorola made the most out of the Moto E’s limited hardware. The Moto E’s rear camera sports a 5-megapixel autofocus sensor and it has its own pinhole mic for use when recording videos. However, it doesn’t have a built-in camera flash, so you can forget about taking photos at night or in the dark. As for the front camera, it uses a 0.3-megapixel fixed focus sensor, so you can’t expect much out of it in terms of selfies. But it’s there, and as long as you are in a place where it’s not completely dark, you can use it to take photos and record videos as well.

The rear camera performance of the Moto E is a lot better than we expected. Although the auto-balance seems like it could use some work, the photos are not lacking in terms of clarity when taken with ample ambient lighting. And turning on HDR greatly helps improve the quality of the pictures taken with the rear camera.

The lack of a built-in flash never seemed to be a problem for us, mainly because as smartphone users, we tended to avoid taking photos in dark areas anyway. We imagine that most of the people that belong to Motorola’s target demographic for the Moto E might feel the same way about taking photos in dark places as us. In broad daylight, the camera is definitely reliable.

As good as Android KitKat may be, it’s no longer the latest version of Android, and soon it will be two versions behind. The Moto E’s free software updates can be considered a big plus.

The default set of apps on the Moto E are taken right out of stock Android, with pretty much no extra stuff apart froim Motorola’s few software enhancements. One of the most useful things that Motorola added to the Moto E is Moto Display, which works sort of like Nokia Glance but with better execution.

Software extras make the Moto E not only user-friendly, but also hard to put down. It has all these little things that will allow you to do more with less actions. For example, with Moto Display, you don’t even have to touch the phone to see the time and any active notifications on the screen. And gestures allow you to access apps without ever touching them in the app drawer or home screen. Launching the camera app simply by shaking the Moto E in your wrist a little? That’s just one of the gestures. But enough about what makes using the Moto E easy. How does it actually perform? Well, like the camera, it was a lot better than we expected. The hardware configuration of the LTE-enabled Moto E uses a Snapdragon 410 processor with an Adreno 306 GPU. That means there’s a very capable Android computer packed inside this seemingly unassuming budget phone. And it even achieves high marks on a number of synthetic benchmark tests.

Despite the Moto E’s speedy processor, though, its 2390mAh battery can easily outlast many of the competing phones in its price range. In a looped video test, the Moto E managed to last more than 10 hours straight at 50% brightness, 50% volume, and Wi-Fi connected and downloading data in the background. With normal smartphone use, we’ve seen it last about 3 days before needing a full recharge. For a phone with a non-removable battery, that’s reassuring battery life. Buying a budget phone used to mean sacrificing certain things and accepting the fact that you were going to have to compromise in order to get the best price. But now, things are different. The new Moto E easily exemplifies this shift in the way that budget phones are to be perceived for the next few years.

With its powerful yet power-efficient SoC, bigger screen, improved camera, and long battery life, the Moto E can hold its own against many local smartphones in the 6k-7k price range. The thing that really makes it better, though, is the fact that it will be getting free software updates to later versions of Android for the next two years.

If being able to update your phone’s OS means more to you than having slightly better hardware, getting the Moto E is a no-brainer. Otherwise, the many alternatives are all lurking just around the corner.