Mi Note has 2 variants, the Mi Note and the Mi Note Pro. Both devices have the same screen size, audio system, camera specs and battery, but differ in processor and RAM.

Let’s talk about the new phones in detail.

The Mi Note’s aluminum body is sandwiched by its 5.7-in curved display and rear frame, which are both made of Corning Gorilla Glass 3. This makes the phone resistant to scratches and shattering without sacrificing form. In a short demo below, Xiaomi demonstrated how durable the phone is. Check out it out; you’ll be surprised the incredible technology Xiaomi’s new flagship phone has.

Mi Note also has an outstanding 2nd generation Sony IMX 214 sensor – 13-megapixel camera with 6-element lens and f.20 aperture with OIS or Optical Image Stabilization. It also has a Philips 2-tone flash so photos would show natural colors just like in the sample image below. 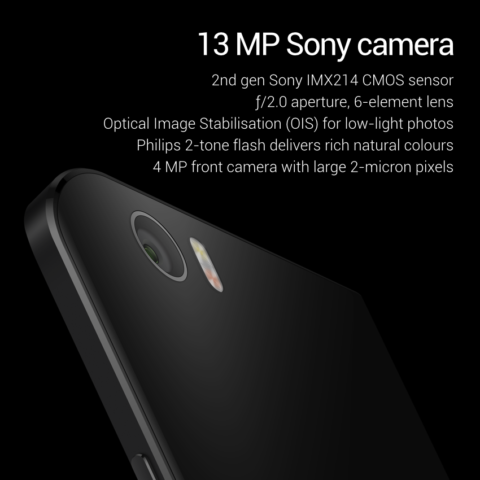 What’s even more interesting was the announcement that the Mi Note – both the vanilla and souped-up version – are capable of playing high resolution/hi-fi audios. This means that you can load up your high-bit rate music into the phone and listen to your heart’s delight. Xiaomi event. They even made a hi-fi headphone with 50mm diaphragm speakers and interchangeable covers (over-ear or on-ear). In terms of network and connectivity, both Mi Note and Mi Note Pro are dual SIM and dual LTE capable. Mi Note Pro, however, is the only device that has LTE Cat 9 support. You can put 1 micro-SIM and 1 nano-sim in one device. Both also have Bluetooth 4.0, Wifi a/b/g/n/ac and GPS. The souped-up Mi Note, the Mi Note Pro, has better specs compared to the former. Note Pro is packed with a 64-bit 8-core processor by Snapdragon (Snapdragon 810) with 4gb LPDDR4 RAM. Its RAM is basically 1.7 times faster compared to the basic Mi Note, which only has 3gb LPDDR3 RAM. In terms of storage, Mi Note Pro only has a 64gb version.

Cherry Mobile Cosmos One Plus Unboxing Photos and Features