Whether you’re scouting for a graduation gift for your son or looking for something to replace your aging smartphone, O+ Fab Go is definitely a device you might want to check out.

Here are some unboxing photos to show you what’s inside its retail box: The box includes 2 cases – flip and back, which in my opinion brings more value for your buck.

The new O+ Fab Go features a 6″ capacitive touch screen with a screen resolution of 480 x 854. I must admit, its screen isn’t that sharp, but that is usually a given for screen with that size and kind. The screen is responsive though, and its One-hand feature – an apps-shortcut icon that sits on its homescreen – is pretty helpful in most instances. Button placements are somewhat rudimentary as seen on the image below. We’ve tweaked it a bit because there’s an error on the first one I made.

It’s packed with a 1.3Ghz Dual Core Processor (MT6572). This is one way for O+ to bring its price to a more affordable level. It is complemented though with a 1GB ram, which may be well enough to let you play games like Modern Combat 4 at relatively acceptable performance. Don’t worry – I tested it and it worked just fine with minimal ‘hiccups’. There’s one major problem though, MC4 keeps on pausing, which may either be caused by the extra sensitivity of the capacitive buttons or bad installation.

During my initial Antutu Benchmark run, the phone registered an acceptable score of 10952, a close win over Starmobile’s Diamond D2. This is an impressive score for a dual-core phone, but again, this isn’t mainly attributed to its processor as it also has a 1GB ram that complements the latter. The phone is running on Android 4.2.2 with minimal skinning. It’s almost stock-quality with additional O+ features such as built-in SMS Import and Export function, Flip-to-Silent, Call & Type, Shake to Answer and Air Shuffle.

The phone has a dual-standby dual-SIM capability. Call quality is top notch, and I didn’t get any problems while using the device. I had no issues while texting too, although I preferred using Hello rather than its stock SMS application. Too bad, Hello can only accommodate 1 SIM. The phone’s big screen and its processor are potential causes of battery drain. Fortunately, its 2500mAh battery managed to power the phone for one day at moderate use. By moderate use, I mean occasional texting and calling, H+ is on, internet surfing via browser for 15 minutes (cumulatively) and using social media applications like Facebook, Twitter Instagram. 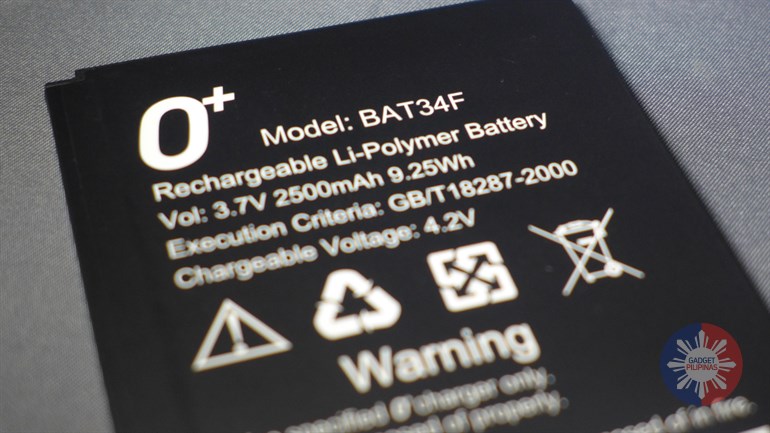 Should you consider getting one? It’s worth the shot. At PhP8,999, this is one of the cheapest 6-inch smartphones available in the market. It’s good enough to be your multimedia and gaming companion. It’s perfect as your in-car navigational guide too. You will find yourself using the device as multimedia device rather than for calls or texts though.