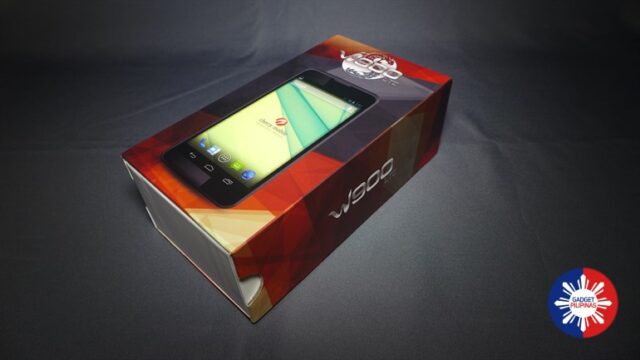 Let’s forget about CES 2014 for a while and focus our attention to the first LTE phone of Cherry Mobile. I just received the unit this afternoon and I just could not contain my excitement to get it out of the box!

Cherry Mobile W900 LTE sports a familiar slate design and relatively good hardware specifications. The device is powered by a 1.5Ghz Dual-Core Processor Qualcomm Snapdragon S4 SoC (MSM8960) and 1 GB RAM. I will get to this later. I just received the device just yesterday and what I can share now are mostly my initial impressions.

W900 LTE feels wider and bigger compared to Flare 2x and Flare HD. It is almost as thick as the former, and as tall as the latter. The phone’s overall design does not stand out if you place it alongside other phones with similar design.

The phone has 2 color-tones: black and brush gold. Fans of minimalist design – like me – will love this. Ports and switches can be found on its elegantly-designed side bezel. On top, you will find the standard 3.5mm jack and sleep/wake button. The microUSB port is placed on the right side, while the volume rockers sit on its left.. The LTE ng Bayan has 2 microphones for noise cancellation purposes. The main microphone can be found at the bottom, just beside the nib; while the other one can be seen above its 12mp BSI camera. The device has a Corning Gorilla Glass 4.3-inch HD OGS display. This is definitely a kicker if you’ve got panicky and jittery hands. Don’t drop intentionally…like it’s hot though. This is, initially, one of the things I love about this device. In terms of quality, think about Flare HD and Apollo for your reference. According to Cherry Mobile, W900 LTE is compatible to Smart’s and Globe’s LTE network band. I still have yet to test this though as I currently don’t have an LTE connection here at home. I will, of course, post screenshots of my Speedtests using Smart and Globe for your reference. Back to Dual Core?

The device is powered by a 1.5Ghz Dual-Core Processor (Qualcomm Snapdragon S4 MSM8960 SoC). This SoC is the same thing you will find on Lumia 820 and Xperia V. (Can you comment other phones that sport the same SoC?) Qualcomm promised that this type of processor is optimized for improved CPU and GPU performance without sacrificing power consumption. I cannot discuss much about its battery life and real-life power consumption. I just received the phone yesterday, and the battery has net calibrated properly based on my usage. Navigating the phone’s UI is snappy, thanks to Qualcomm’s efficient processor, 1GB ram and the improvements that Google implemented on Jellybean. For your viewing pleasure, here are obligatory Antutu benchmarks:

Stay tuned for my definitive review soon with gaming hands-on video. I will install Real Boxing and Modern Combat 4 on this device to see if both games are playable.

Cherry Mobile W900 LTE is priced at PhP11,499. I must admit that it’s quite price for an LTE phone being sold by an local tech company. At such rate, you will be able to buy other LTE phones such as Xperia V and Lumia 820 for PhP12,400 and PhP10,400 respectively. This does not mean though that W900 LTE is not a worthy option.

This phone is one of the reasons why Cherry Mobile bagged the 6th CyberPress IT Company of Year award. Cherry Mobile revolutionized and pioneered the local mobile phone industry, and most of you can attest to this. It sprung a healthy to fierce competition that benefits Filipinos. W900 LTE is simply a testament to Cherry Mobile’s brand, “Everything for Everyone”.