Last July 12, the best student bands gather at the Music Museum to battle for the title of the Top All-Original Band of 2013. Sun Cellular brought the best bands across the country to the Music Museum for the Sun Broadband Quest 2013 Grand Finals. Among more than a hundred who registered, only 10 got into the Grand Finals. These bands battled with each other to show their skills and talents in music, and showed the people that they are the best.

Among the 10 one band grabbed the title of the Top All-Original Band of 2013. Iktus or Ichtus which means Fish in Greek was awarded as the Grand Champion. Iktus is from Christian International School. The band if composed of Carizza Panaligan (vocals), Augusto Mendoza (guitar), Andrei Panaligan (Bass) and Andrew Panaligan (Drums). They have been inspired by other local bands like Rivermaya, Silent Sanctuary, Sugarfree, Itchyworms, Urbandub. They played “Pag-Ibig” by Yeng Constantino, and their original composition “Wag Na”.  Iktus took home Php150,000 and a Php20,000 gift certificate from JB Music and a record deal with MCA Music.

An all-female band from Far Eastern University, Bad Hair Day, was awarded as the First Runner-up of the event. The band is composed of Avie Maria (vocals), Jeysa Trasportes (guitar), Van Bulan (guitar), Nicole Saludar (bass), and Xiao Disi (drums). They received Php50,000. They played Paramore’s “Still Into You” and their original “FriendZoned”.

The Second Runner-up is a band who came all the way from Davao, the Baby Boomers. The band is composed of Jake Nuere (vocals), Carlo Cabase (drums), Mark Abella (lead guitar), and Carlo Dureza (bass). They came from different colleges in Davao. They went home with Php20,000.

Judges in the event are great artists like Francis Reyes, Sammy Samaniego, Neph Denosta, and Francis Guevarra. The event was rocked with the performance of ChicoSci, Sabrina, Ely Beundia and the Oktaves, and Tanya Markova.

Sabrina serenading the people at the Sun Broadband Quest

Ely Buendia and the Oktaves rocks the Music Museum.

Here are the some of the other bands who performed in the Grand Finals.

The Winners of the Sun Broadband Quest 2013 Grand Finals Giveaway. 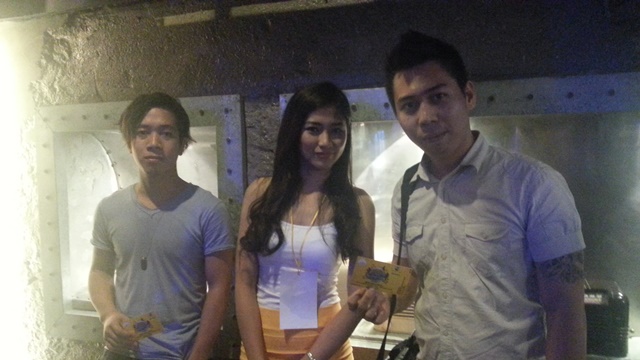