Cherry Mobile once again surprised us for revealing another bang-for-the-buck device. We are sure that this tablet will prevail  in the market, just like the Cherry Mobile Flare. Wanna know why? And is your 3,999 Pesos really worth it?

I present to you, the most awaited in-depth review of the Cherry Mobile Fusion Bolt.

At first, you will notice that the Cherry Mobile Fusion Bolt is like a doppelganger of the Nexus 7. But it wouldn’t be too fitting to really expect that this device to perform similar to the latter. But I’ve got tell you – the Fusion Bolt may not be as fast as the other quad core tablets around, but it is, by far, the best super-budget tablet we’ve tested.

The Fusion Bolt has 7-inch In-Plane-Switching (IPS) Capacitive Display with a resolution of 1224 x 800 at 216ppi. The screen is truly a beauty when it comes to quality and resolution. Of course, at 216ppi, expect pictures and texts on the Fusion Bolt’s screen to appear much clearer than the iPad Mini’s.

At the top, you will see the different ports. From left, the mic for video chatting, micro SD slot (expandable up to 32 gb), micro USB for file transfer, mini HDMI port for larger display, 3.5mm earphone and the charging socket.

At the left side of the device, you can see the on/off/sleep button, volume rockers and home button. I find the home button weirdly placed because I usually use the tablet on portrait mode and I’m used to seeing the sleep/wake button on the top-right side or the right side of the device. In effect, I always found myself guessing and trying to remember where it’s located.

At the front, you will see the VGA Camera, which I find quite annoyingly placed. But I get it – Cherry Mobile must have really thought of this device as heavily optimized for landscape usage. In fact, even the brand placements at the back of the tablet are printed in landscape orientation.

Moreover, the speaker at back looks small but unexpectedly, amidst its size,  it has good sound and quality.

The 2-megapixel camera is placed at the upper left part of the device (in landscape orientation). It isn’t actually bad for a 2 megapixel camera. Of course, don’t expect this to perfect similarly on low-lighted subjects. Here are some of my unedited sample shots from the back camera.

The back cover of the tablet may seemingly have chrome-metal finish but when you touch and feel it, it’s quite rubbery and very Nexus 7-like. I also noticed that Cherry Mobile overdid its branding efforts by printing unattractive insignias, which is very prone to fading. This is, of course, immaterial to the performance of Fusion Bolt. Yes, it’s an aesthetic issue – but who cares: it’s a PhP3,999 Quad Core tablet.

The Performance and Battery

The Cherry Mobile Fusion Bolt has a 1.0 GHZ Quad Core processor, specifically the Actions Semiconductor ATM7029 processor. It also has Vivante GC1000+ for the GPU(Graphics Processing Unit).  The Fusion Bolt has an Android Jellybean 4.1.1 out-of-the-box making it very user friendly and way faster compared to the tablets that preceded this device. During my experience with the device, I experienced minimal to zero-lags on the homescreen, settings and app tray. However, there were instances that I experienced some performance hiccups when using some  applications and playing games.

Using the Quadrant Benchmark, the Fusion Bolt scored 2,713 points making it better than the Samsung Galaxy Tab 10.1, Motorola Atrix 4G and other devices. With 1 Ghz Quad Core processor and 1gb RAM, the benchmark result isn’t technically appealing as it’s lower than the benchmark results of Cherry Mobile Titan and Flare.  Please note though that benchmark scores are relative scores as benchmark applications consider the current state of devices. It is possible for Fusion Bolt to have a different score after a week or two. Cherry Mobile Fusion Bolt is only priced at Php3,999.00. With that price, it is very cheap for a consumer like me and we are talking about a tablet here not some smartphone with a camera. The Fusion Bolt does the job in every single way sans the Bluetooth and 3G connectivity. It would have been way more awesome had Cherry Mobile included such features even if it increased its price to PhP5,000. 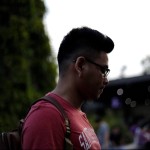